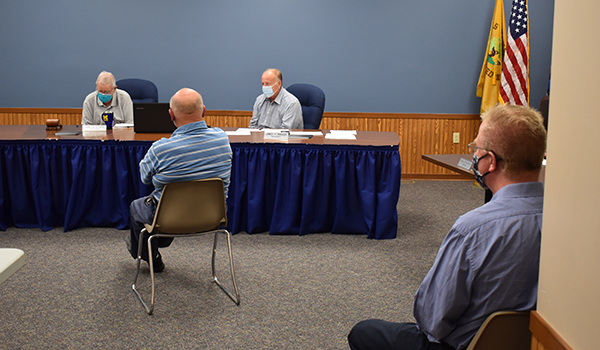 NILES TOWNSHIP — Millages were on the minds of the Niles Township board members on Monday evening.

The Niles Township board hosted public hearings on Monday evening, beginning an hour prior to the regular meeting beginning at 6 p.m., to hear public comment on annual assessments for millages to be approved for the November ballot. No members of the public attended the hearings that included millages for the township’s general fund, fire operation and maintenance, fire capital improvement and the street lights annual assessment.

Following no public comments during the hearings, the township board unanimously passed each millage to be added to the Nov. 3 ballot.

During the meeting, Berrien County Sheriff’s Office Niles Township Lt. Richard Johnson delivered the police report from July 2020 at the meeting. Johnson presented that the township had 402 complaints or calls for service, 56 tickets were written and 36 arrests were made. In comparison the county in total had 1,309 complaints, 248 tickets written and 181 arrests made.

“That’s just how important the upcoming police millage is. That’s 402 complains. Some of those complaints are not just two minute complaints. Some of them take hours,” said township Treasurer Jim Ringler. “If that millage doesn’t pass, I mean, this is just what Berrien County [Sheriff’s Office] is doing. You still have state police, but if you think they can absorb 402 complaints, that’s not going to happen.”

Johnson said the situation would not be ideal for the township without the Berrien County Sherrif’s Office responding to calls.

“I heard from someone that the [Michigan State Police] troopers are not to handle calls in the township unless they are priority calls,” Johnson said.

Later in the meeting, the millages were read and approved unanimously for the November ballot.

The millages on the November ballot include:

At the end of the meeting, the township board also voted to allow the Niles Charter Township Fire Department to donate some of its old, outdated fire gear to stations outside the U.S in need of gear. A firefighter with the department has done missionary work and hopes to connect the gear with departments who can use it, as the township cannot.

The board also voted to hire Dale Reider, a former volunteer firefighter with the Niles Charter Township Fire Department, as a volunteer tanker driver for the department.

NILES — On Friday, those enjoying the final late-summer weather might have heard singing, praying and a little preaching coming... read more