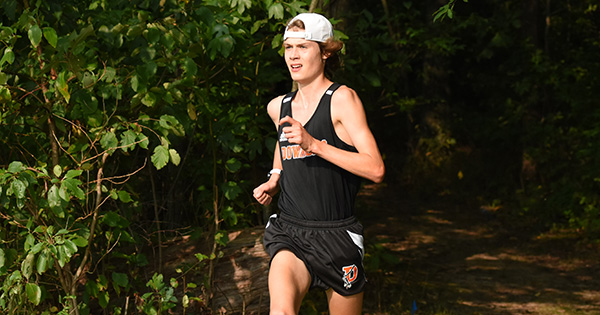 Parker was the only Dowagiac runner to participate in the invitational that drew the likes of Grand Rapids Covenant Christian, Kent City, Saranac and Pewamo-Westphalia.

“Cole Parker is running at an elite level,” said Dowagiac coach Maria Kulka. “He is competitive with the best runners in Michigan. His work ethic over the summer months put him in this position.”

Kulka said that Parker put in the work over the summer, and it is paying off.

“Today, Cole proved to himself that he has what it takes,” she said. “Not only did he win the Orange and Gold Town Crier Invitational [by a long shot], but he also broke the school record held previously by Shawn Little. He clocked in with an official time of 15:52. This is only Cole’s third race of the season. I look forward to seeing how this cross country season will pan out. What a day.”

The Chieftains will host Otsego in a Wolverine Conference at the Dowagiac Middle School Tuesday. The boys race is scheduled to begin at 5 p.m.