Everette B. Daniels, of Dowagiac 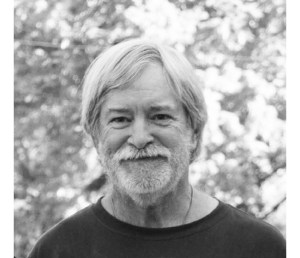 Everette B. Daniels 65, of Dowagiac, formerly of Niles, passed away at his home on Sept. 15, 2020, after a lengthy illness with his loving wife, Vera and family at his side. Arrangements have been entrusted to Clark Chapel & Cremation Services.

He graduated from Brandywine High School, class of 1974. Everette was an all-conference champion in hurdles for track and excelled on the football field. He loved playing softball, poker and watching Michigan football. Everett enjoyed helping others and would drop what he was doing to support friends and family in need. He particularly enjoyed tree work, where he became known as the “area tree man.”

Everette had the strongest work ethic that many admired and finished his career working at National Standard. He was a loving man, who always was eager to help anyone and loved his family above all. Everett “adopted” many kids into his life as their dad, as he was the community Baseball coach to a large majority of youth in the ‘90s.

He is survived by his wife, Vera; son, Jesse (Shannon) Daniels; daughter, Felicia Jo Daniels; grandson, Archer, all of Niles; sister, Kathy (Robbie) Avants; brother, Maurice (Stefanie) Daniels; mother, Dorothy Daniels; and many nieces and nephews, all of Arkansas. He had many friends in his life, all of whom became family. Everette was preceded in death by his father, Maurice T. Daniels.

Per Everette’s wishes, there will be no services and cremation has taken place. His cremated remains will be spread at pre-planned destinations.

Memorial contributions in his name may be made to the American Diabetes Association or the Parkinson’s Foundation.