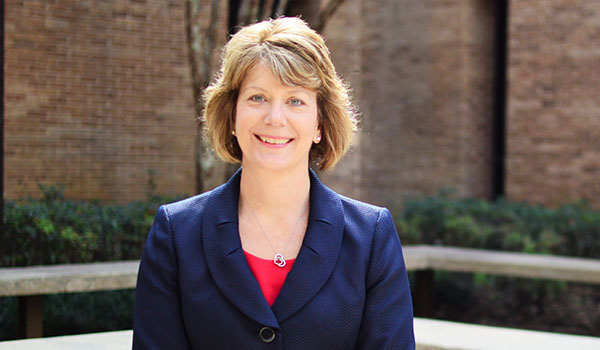 The 1987 Dowagiac Union High School and 1989 SMC biology graduate who entered zookeeping before academia, is reacclimating to hometown life after eight years in Orlando as Valencia College Dean of Learning Support.

Valencia is recognized as one of the nation’s best as the first winner of the $1 million Aspen Prize for Community College Excellence in 2011.

Awarded every two years, the Aspen Prize is “basically the Oscars for great community colleges,” according to former President Barack Obama.

It honors institutions’ outstanding achievement in teaching and learning, certificate and degree completion, workforce success and equitable outcomes for students of color and low-income students.

Valencia operates eight campuses for more than 65,000 students, making it the second-largest of Florida’s 28 state colleges. The downtown campus inaugurated in fall 2019 offers student housing and is shared with the University of Central Florida.

“I guess the stars aligned,” Reilly said, “because there were 200 applicants before I emerged as the successful candidate” for a “campus-based, collegewide” position overseeing tutoring, First Year Experience, testing and computer labs, plus decision-making curriculum, online learning and operations committees. Going from my role at the zoo to a dean in higher education was a huge leap. It was a lot of hard work.”

Reilly, who lives in the home her father built and roots for students in a different way than when she was a Roadrunner cheerleader, graduated from DUHS the year after Steven Briegel. The oboe player and baton-twirling majorette knew Steve’s Run’s inspiration from band.

Reilly’s first jobs after college were as education directors for 10 years with the Potawatomi Zoo in South Bend and the Fort Wayne Children’s Zoo. She met her husband, Mark, in Fort Wayne.

As a first-generation college student, she said college was not necessarily on her radar in high school.

“Finding out I liked education shouldn’t have been a revelation because when I was little I liked playing school and teacher,” she said. “SMC changed the course of my life, which is definitely why I wanted to come full circle. I met people from different communities and engaged in every kind of elective I could — taekwondo, photography, theatre. I was a work-study student for tutoring and the financial aid office. I feel like I owe a lot to this place for opening my eyes and giving me opportunities.”

Her late father, Harry, a Jessco supervisor, farmed and was a licensed contractor. Her late mother, Ruth, chaired the Cass County Community Mental Health board, now Woodlands. Older brothers Randy and Gary live in Watervliet/Coloma, and she has a sister, Kathy, in Texas.

Of fresh challenges ahead, Reilly said, “I’ve been a dean for 16 years. This is another flavor and an opportunity to learn more about programs I haven’t been entrenched in. I worked with building trades doing Perkins grants. I’m passionate about the trades. My father was a contractor, a welder, an electrician and a bricklayer, so those are the people I grew up with, coming in and out of the house.

“I’m excited about growing those programs because they’re such good wages coming right out of college with a two-year degree. You can go really far, especially if you continue to your four-year degree. My husband’s side of the family has business backgrounds. They’re good degrees, too, because they’re flexible and can be put into practice, whether you work for someone or have your own business.”

Reilly said she is passionate about her job, SMC and the community.

“This job feels like no other I’ve had. Usually, you step into a job feeling anxious, but I felt comfortable right off the bat,” she said. “Not too comfortable because I’ve got to perform, but it’s familiar, like a comfy shoe you haven’t seen in a while. Doing dean work in a place I’m passionate about while living in my childhood home, I feel like I need to be pinched. It’s hard to believe worlds collided and it all came together.”