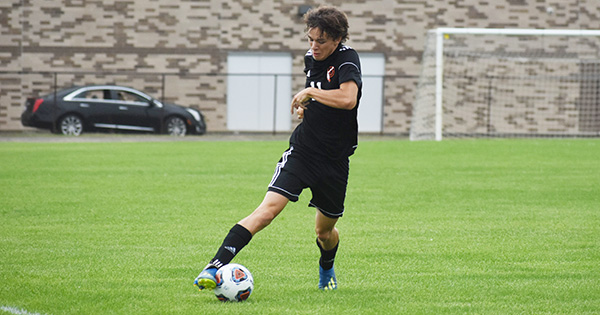 ALLEGAN — Visiting Dowagiac tasted defeat for the first time in 2020 as Allegan blanked the Chieftains 2-0 in a Wolverine Conference boys soccer match Wednesday.

Dowagiac was held to one shot on goal by the Tigers, who scored a goal in each half.

“[We] lost to a solid team,” veteran coach Mike Williams said. “They had a very tough backline that we could not break.”

Neither team generated a lot of offense, as the Chieftains limited Allegan to just six shots on goal.

Dowagiac (3-1, 2-1 Wolverine) was back on the pitch Thursday, as it hosted Berrien Springs in a non-conference match.

EDWARDSBURG — Host Edwardsburg lost its third consecutive match after opening the season with a victory.

The Eddies are now 1-3 overall and 1-2 in conference play.

Edwardsburg hosts Lakeshore in a non-conference match on Saturday.