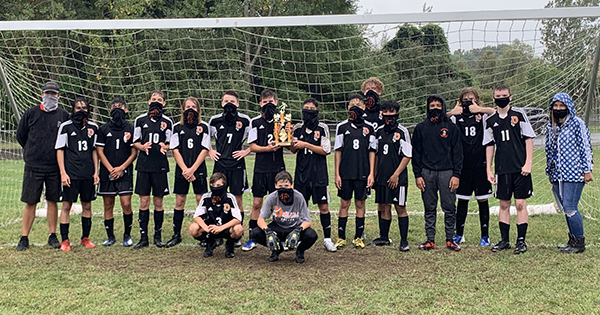 SOUTH HAVEN — The Dowagiac JV soccer team went 1-1 to win the South Haven Shootout based on a tiebreaker last Saturday.

The Chieftains lost their first match to Fennville 3-2, but rebounded to defeat the host Rams 5-4 in its second match.

Dowagiac won the tournament based on the number goals scored.

“We were down 4-2 with eight minutes left in the game and came back and won,” said Dowagiac JV coach Jason Turner about the South Haven match. “The kids showed a lot of fight battling back.”

Against Fennville, Noe Beltran had both of the Chieftain goals. Beltran also had two goals against South Haven. Also scoring were Mason Phillips, Konner Voss and Gavin Nearpass.