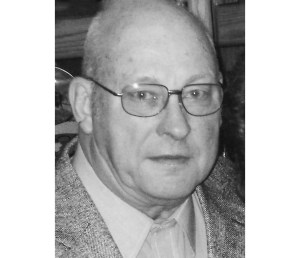 Donald George Ball, 83, husband, brother, uncle, machinist, traveler and provider to many cats died unexpectedly Monday night of Labor Day 2020, Sept. 7, of natural causes while walking in the backyard of his house in Niles.

He was graduated from Lawrence High School, in Michigan, and has lived in Niles since 1964. He was a machinist and a skilled tool and die maker his entire career including many years at National-Standard, in Niles, and later at the former Buchanan plant of C&S Machine, now in Niles.

Don was a member of Saint Mary of the Immaculate Conception Parish in Niles. As a young man, he enjoyed fishing and hunting, although his love for the outdoors and discovering wildlife might have hindered his success as a hunter. He also enjoyed traveling, especially using maps to plan the route to visit relatives in California and Arizona.

In retirement, he spent time in his garage shop, and between the house and garage he fed many neighborhood cats in addition to caring for four family cats and beloved dogs, Buddy and Bear.

On Aug. 29, 1964, at Saint Mary Catholic Church he married the former Rosemary Belcastro with whom he celebrated just two weeks ago the remarkable 56 anniversary of their wedding.

Surviving family includes his wife, Rosemary Ball; and his brother, Charles (Joyce) Ball; and sister, Charlene Drake, both of Lawrence, Michigan; brother-in-law, Larry Wrenfrow; and several nieces and nephews. He was preceded in death by his parents; and by his sisters, Darlene Thompson and Mary Wrenfrow.

The Catholic Committal Rite for Donald Ball will be read at 11 a.m. on Friday, Sept. 11, 2020, at his graveside in Silverbrook Cemetery by the Rev. Christian Johnston of Saint Mary Catholic Church. Those who prefer to witness the ceremony via the livestreamed broadcast may do so on the Halbritter-Wickens Facebook page: facebook.com/halbritterwickensfuneralservices. Contributions in memory of Don may be made to Saint Mary Catholic Church, 219 State St., Niles, MI, 49120; stmarysniles.org.

Arrangements were made at the Halbritter-Wickens Funeral Home, 615 E. Main St. in Niles. Online condolences may be left at: halbritterwickens.com.

Don lived a quiet life, practicing his trade, enjoying all of creation, a faithful parishioner and devoted husband, a worthy steward of the blessings that were given to him by God.