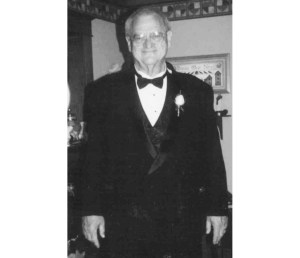 Charles “Chuck” Williams, 78, of Niles, passed away peacefully at his home on Sunday, Sept. 6, 2020, surrounded by the love of his family.

On Feb. 12, 1942, Filbert and Grace (Westerfield) Williams, of Niles, welcomed their son into this world.

Chuck went on to serve his country proudly in the U.S. Navy, serving aboard the U.S. Intrepid and alongside his brother for part of his tour.

Three years after being discharged from the U.S. Navy, Chuck married the love of his life, Rebecca Johnson, at Coulters Chapel, in Niles, on Dec. 23, 1966.

Having not finished school to enlist in the service, Chuck went on to receive his diploma from Brandywine in 1977, with his wife and two daughters proudly by his side.

Chuck took great pleasure in spending time with his family and cherished every moment spent with his grandchildren. He loved to play cards and would even call the girls from playing Barbie’s to teach them a new game or to just play the usual. He loved to sit on the porch and play music for hours at a time with his grandkids. Chuck liked to find a bargain and loved to go to garage sales, which led to his great collection of comic books. He has hundreds of books to this day. He loved the outdoors, whether it was fishing, swimming in the pool or planting the prettiest flowers ever. He was also a collector of everything Coca-Cola.

Chuck is preceded in death by his parents; and all of his siblings, David Williams, Naoma Simpson, Donna Cinquemani, Phyllis Williams, Laverne Williams, Milferd Williams and Harold Williams. He is also preceded by his sister-in-law, Teena Penter.

Surviving Chuck is his loving wife of more than 53 years, Rebecca Williams; daughters, Chari Pearson and Kim (Steve) Fisher, both of Niles; his five grandchildren, Zachary (Kelsey) Pearson, of Portage, Michigan, Kyle Williams, of Niles, Becca Williams (Tasha Hammond), of Niles, Joshua (Cathy) Pearson, of Bradenton, Florida, and Christopher Williams, of Niles. He will also be missed by his three great-grandchildren, Grace, Samantha and Kallum; as well as his brother-in-law’s, George (Phyllis) Johnson, David Penter, Ric Johnson, Debbie Johnson; and a host of nieces and nephews.

Funeral services to celebrate Charles’ life will take place at 1 p.m. with a time of visitation one hour prior on Thursday, Sept., 10, 2020, at Brown Funeral Home.

Full Military Honors will be rendered by the American Legion Post 51 of Buchanan as well as the U.S. Navy.

Those wishing to make a memorial donation in honor of Chuck may do so to the family in care of Brown Funeral Home.

Photos, memories, and condolences for Charles’ family may be left for his family at BrownFuneralHomeNiles.com.

Jerry Probst, 77, of Niles, passed away Tuesday, Sept. 8, 2020, at his home. Arrangements are pending and entrusted to... read more