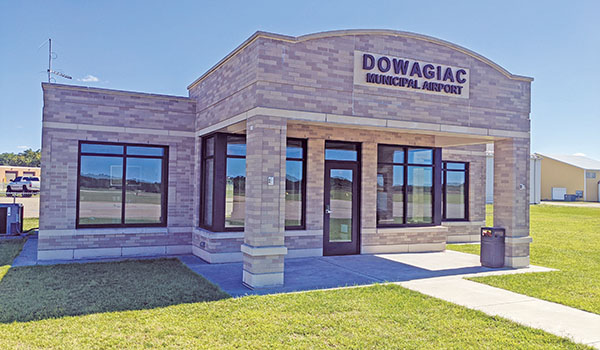 DOWAGIAC — The city of Dowagiac could soon be a hub for aerospace activity.

According to the Michigan Aerospace Manufacturing Association, Dowagiac was listed as one of six potential locations for a new space launch command center in Michigan. Other locations include Harrison Township, Marquette, Sault Ste. Marie and Traverse City.

Based out of Sterling Heights, Michigan, MAMA aims to promote the aerospace manufacturing industry in the state of Michigan. The location of a space command center is the latest portion of the association’s Michigan Launch Initiative program, which focuses on developing a spaceport facility for the launch of rockets carrying small & mid-sized satellites into low Earth orbit from horizontal and vertical platforms, and a command center to manage post-launch satellite operations.

The command center would support the planned satellite launch sites near Marquette, Michigan and Oscoda, Michigan. The location is expected to be announced in November.

Dowagiac Mayor Don Lyons is happy the city is under consideration for such a project. The Dowagiac Municipal Airport features a 4,700-foot runway and a new 1,080 square-foot terminal, with construction on a six T hangar is currently underway.

“We look at our airport as an integral part of our economic development,” Lyons said. “We’ve made an effort to make our airport to make it one of the best municipal airports in the area.”

Lyons said the city has taken care to make the airport one of the best of its size in Michiana.

“We make sure our runways and taxiways are repaved on a regular basis and kept in good working order,” Lyons said. “We have our own fueling station and price our fuel competitively. Historically, we’ve had a waiting list for hangar space, so we’re in the process of building a new six T Hangar. Our new terminal is considered one of the best in the upper Midwest. We’ve spent an appropriate amount of money to make sure it serves its needs. I think [MAMA] recognizes our commitment to aviation and we would be honored to be selected for this project.”

Since most satellites are launched around the equator, MAMA executive director Gavin Brown told the Detroit News that Michigan’s placement near the 45th Parallel — the halfway point between the equator and the North Pole — makes the state an attractive location for space launch sites.

The command center could bring more than $1 billion in funding and 40,000 jobs to the state, according to MAMA.

DOWAGIAC — A blighted downtown Dowagiac building will soon be as good as new. Shannon Lyons and her wife, Cathy... read more