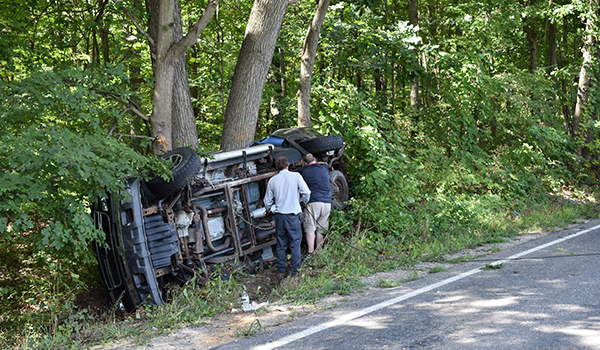 Just after 11:40 a.m. Friday, traffic was being redirected around the scene of single vehicle crash on Redfield Street, near Gumwood.

A black, Chevy pickup truck had come to rest on its side, facing east, after rolling down the embankment on of the eastbound lane of Redfield Street.

According to Michigan State Trooper Cameron Sweet, the driver of the truck was westbound on Redfield Street when she lost control of the truck. Sweet reported the driver sustained minor injuries.

A tow truck arrived before noon to put the truck back on its wheels.

Correction: An earlier publication of this article used the former address of the Niles Community Health Center. The center is... read more