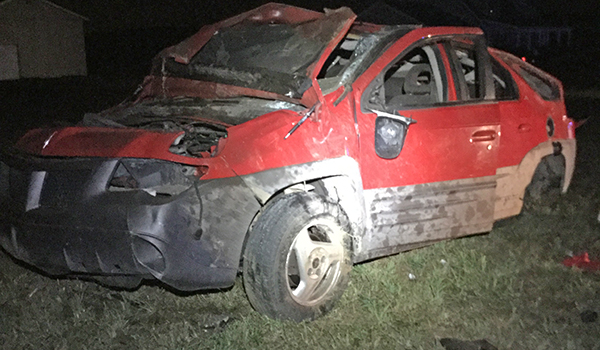 One killed in Jefferson Township crash

JEFFERSON TOWNSHIP — One person was killed in a Jefferson Township crash Monday, according to the Cass County Sheriff’s Office.

Sheriff Richard Behnke reported his deputies were dispatched to a personal injury crash at 11:52 p.m. Monday to Brownsville Street and Highfield Road in Jefferson Township.

Victims of the crash self-transported to Borgess Lee Dowagiac for the injuries they sustained in the crash.

One individual was killed as a result of the crash.

The investigation shows that the vehicle was westbound on Brownsville road when it lost control due to speed and a freshly applied chip seal to the roadway. The vehicle rolled several times and laid to rest in a field. Restraint use is unknown, and speed appears to be a factor, according to deputies.

The names of the victims are being withheld until notification to family members are made.

Another week has gone by and still no word out of Lansing and East Lansing about boys soccer and volleyball.... read more