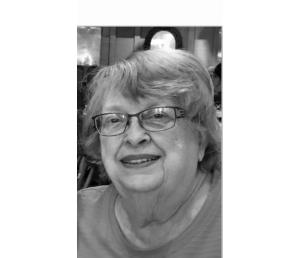 Orma June Rettic, 88, of Cassopolis, died peacefully in her home early Saturday morning, Aug. 22, 2020, in the comfort of her family’s presence.

Her life began July 2, 1932, in Niles, the third of four children born to Ormond and Violet Barcus Sr. She married Richard Hubert Rettic April 30, 1950, in South Bend. After more than 64 years of marriage, he preceded her in death in 2014.

Prior to retirement, June was chairman of the American Cancer Society chapter in Saint Joseph County, Indiana. She managed the Torrington Credit Union in South Bend and later was vice president of the Notre Dame Credit Union. June enjoyed spending time with her husband, children, grandchildren and great-grandchildren at their summer home on Diamond Lake and their winter home in Titusville, Florida.

In addition to her parents and her husband, she was preceded in death by two sisters, Alice Snyder, Naomi Kent; and one brother, Ormond L. Barcus Jr.

Due to the current restrictions imposed by the state of Michigan, the family will observe a private remembrance.

The family is grateful for the care extended to their mother by Tammy, Wendy and Mary B. of Kindred Hospice.