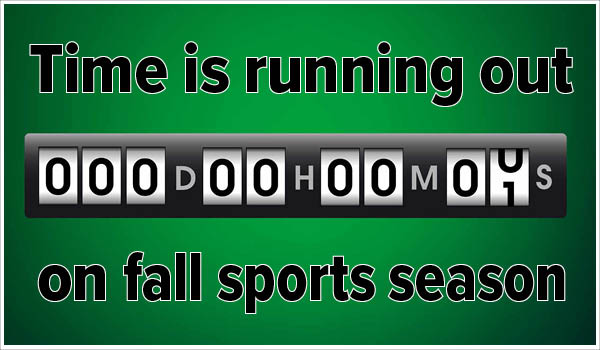 MHSAA director says the state is waiting on governor

Uyl said there is no set deadline for deciding the fate of those three sports, but that time is running out for the state to put together a meaningful season and postseason.

“I would think that the calendar, the date and the month has to begin with the letter A,” Uyl said. “It needs to be soon, and right now, conversations are ongoing. We need help soon. Once that calendar turns from August to September, that just becomes bigger and bigger obstacles. The most honest answer is soon.”

Uyl does not want to set a deadline, but knows that he cannot ask the schools, coaches and athletes to continue the waiting game, especially because they have been practicing outdoors since Aug. 12.

“We have not put a date to it yet, but like I said, if this is going to be acceptable in some parts of the states in those three sports, then the other part of the state deserves a yes or no answer as soon as possible,” he said.

Uyl understands that the three sports in limbo are considered moderate risk. Still, he is not sure why there has been no movement from the governor’s office on the phases much of the state remains under that are keeping pools and gyms closed, despite the fact that schools are starting to reopen.

“What our position and what our schools’ position is and what the schools are ready to do have been made very, very clear,” Uyl said. “It’s now up to downtown Lansing (governor’s office) to make some decisions and give some guidance about what’s going to be allowed and what isn’t. This is no longer a decision that we, as the MHSAA can make. We have to make sure that we are following all current executive orders, which essentially right now is the issue. The governor’s office is aware of that right now and we are continuing to work together right now on the resolution.”

Frustrations are growing around the state with both the governor’s office and the MHSAA as a decision on the topic drags out. On Tuesday, Gov. Gretchen Whitmer showed her frustration on the subject during a press conference at the capital.

“I’m going to follow the science. I’m going to work with Dr. [Joneigh] Khaldun,” Whitmer said. “But we are looking very closely at those businesses that have been closed for the duration to determine if those protocols are there and if the seven-day averages and the number of positive cases per million per day would support doing a little bit more on those fronts.”

She said she would not be “bullied” into reopening businesses such as movie theaters, bowling alleys and gyms before meeting the state mandates.

Until then, local athletic directors attempt to remain positive while canceling volleyball and soccer matches or coming up with creative ideas to allow them to play, like in Niles, where the volleyball team will cross the state border to play against South Bend St. Joseph.

Jeff Upton has also been in contact with Mishawaka High School, which is supposed to host a tournament that the Vikings want to play in. As of Wednesday, that tournament had more teams scheduled to participate than the MHSAA will allow.

That means unless something changes soon, Upton will have to cross that tournament off his soccer schedule.