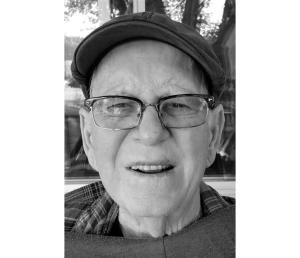 Jerry Cowan, 76, of Niles, formerly of Galien/Buchanan, passed away peacefully at his residence on Aug. 21, 2020.

He was born in Benton Harbor on April 19, 1944, to the late Charles and Bertha Cowan. He was a graduate of Galien High School.

Jerry retired from Clark Equipment Company, of Buchanan, then from Jessens Manufacturing, of Elkhart, where he ran a CNC machine.

Jerry spent most of his spare time at his #54 lot at Jellystone Park in Pierceton, Indiana. He spent many years serving as a security for the park. This was his favorite home away from home place. He enjoyed being outdoors and took great pride in keeping his yard at home and at Jellystone looking immaculate. Jerry was also an avid deer hunter and on occasion he enjoyed some indoor hobbies as well such as shuffle board, darts, bowling and dancing.

Survived by sons, Robert (Wendy) Cowan, of Buchanan, James (Diane) Cowan, of Galien, Alexander (Rita) Cowan, of Niles; and daughter, Carrie Peltz, of Niles; along with many grandkids.

Jerry is being cared for by Hoven Funeral Home of Buchanan. There will be no service, only a small gathering of close family. Online condolences may be made at hovenfunerals.com.

Miriam A. Walker, of Niles