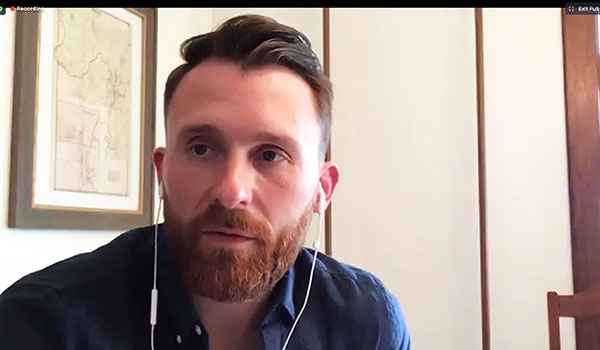 On the agenda were three items for council members to vote to approve for the implementation of three-year sewer, water and electric rate adjustments to become effective Oct. 1, with increases following in the next two years. The meeting was hosted virtually over Zoom.

The city council passed the rate increases after lengthy discussion in a five to three vote, with council members Dan VandenHeede, Travis Timm and Georgia Boggs voting against all three rate adjustments.

In the city council report, Jeff Dunlap, utilities manager, outlined some of the challenges the utilities department has had and what the proposed rate increases will be.

Dunlap said that much of the sewer and water infrastructure is around 100 years old and needs servicing.

“I will say, we gleaned some preliminary Stormwater Asset Management, and Wastewater grant information on the city sewers,” Dunlap said. “They [scoped] 18 miles of our city’s sewers.”

“We’re not alone. All the municipalities across the country have the same problem,” Dunlap said. “We are using a 100-year-old sewer and some 100-year-old water pipes.”

Despite having rate increases in 2016 and 2018, Dunlap said the city was falling behind on upkeep up with the necessary repairs and updates needed for the city’s utilities.

“We’ve got some big problems on the horizon,” Dunlap said. “We’re going to need tens of millions of dollars to fix it.”

The council members discussed the options available and what a rate increase would mean for Niles residents. Council member John Dicostanzo noted the increase in text updates from the city’s alert system.

“We are having much more frequent down-time in electricity, water and sewer,” he said. “This is a condition that is very uncomfortable for most of the city. It’s different than what I’ve experienced in my 32 years as a resident, and it doesn’t make me happy. We really need to invest this money, at least have the rate payers pay their way to support improvements and maintenance for all three of the utilities.”

He said he understand the sensitivity around the connection and base rate fees, but said there were other agencies outside of the city government that may be able to help residents struggling to pay the fees.

“We’ve put off increases,” Dicostanzo said. “We really need to catch up. None of us want to live in a city where our power is out a significant amount of time or access to water is interrupted frequently.”

As he spoke with the council, he said he understood the reluctance to increase rates. However, with the increase in outages and repairs residents were seeing, he felt it was time to pass the motion for increases Monday evening.

“We need to work together and pass these with a sense of urgency,” he said.

Council member VandenHeede disagreed throughout the discussion about how the rate adjustments were being made. However, he said he understood the infrastructure needed work and that rates would need to be increased to support that.

“I don’t necessarily disagree with that,” he said. “It’s how it’s done.”

City administrator Ric Huff explained the rate increases were similar to the costs of owning a car.

“You have your major monthly car payment. That’s your asset,” Huff said. “Then you have to put gas in it. That’s your commodity. Depending on how far you want to drive it is how much gas you put in it. If we load this charge onto the commodity, what ends up happening is the rate payers are subsidizing a person who doesn’t use a lot of the commodity. Is that really fair to the higher user?”

VandenHeede expressed his hope that, in the future, a rate increase structure could be found that allowed those using the city’s utilities to be able to control some of their expenses, through increasing and limiting their usage of the system.

The city council passed other items on the agenda Monday evening. The council approved a temporary closure of the S. Main Street alley on the 400 block of Main Street. The council noted there was an increase in traffic to avoid construction, making a potentially dangerous situation.

The council also passed a permanent traffic order request to put “no parking between these signs” signage up around a new driveway approach to be constructed on N. Cass Street and in the 100 block of Second Street, for the new location of Rusty Hooks Bait and Tackle at 510 N. Second St.

NILES — Over the weekend, several residents from Niles and beyond changed the color of their belts in a display... read more