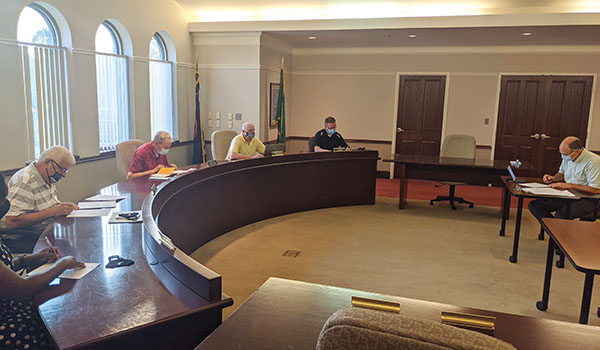 DOWAGIAC — New body cameras will be coming to the Dowagiac Police Department.

The Dowagiac City Council unanimously voted Monday to adopt the resolution to purchase an in-car/body camera system for the Dowagiac Police Department through Kustom Signals for $44,452.20.

According to its website, the Kansas-based company has been a leading, globally recognized brand in law enforcement for more than 50 years. The Kustom system will provide both in-car and body cameras that are integrated to work together, along with software to manage the video captured.

Since first purchasing body cameras from Digital Ally in 2015, the police department has had several issues with the system, according to Steve Grinnewald, director of public safety.

“We have had nothing but problems with the system,” Grinnewald wrote in a memo sent to the council. “We have worked extensively with Digital Ally to correct problems, however, the system continues to not perform to expectations and has to have continual maintenance, which takes time and financial resources from the city. During our time of using in-car and body cameras, we have found them to be extremely beneficial and useful for the department and officers. The video footage captured has helped tremendously in court proceedings as well as assisting with complaints against officers or the department. They have also been used as training tools on several occasions throughout the years. I feel it is very important to continue to have in-car and body cameras, however, a system is needed that is reliable.”

According to Grinnewald, the police department has tested products from four manufacturers and check with users of each product. After conducting their research, they recommended purchasing the hardware and software from Kustom.

“We received demonstrations from all four vendors and were able to see and inspect the systems of all but one of the vendors,” Grinnewald said. “One vendor, Axon, conducted a remote demonstration and never provided equipment to be inspected. All other vendors provided and in-person demonstration as well as provided equipment [cameras] to be inspected. Only one of the vendors offered to have our department test and evaluate the body cameras. That vendor was Kustom.”

Kustom would install all equipment in the building and squad cars. All officers of the department would then go through a training session on the cameras and software system. There is no annual maintenance fee with this system and the department would receive 24-hour support from Kustom.

According to Grinnewald, officers found the cameras easy to use while providing quality video. With a quoted price of $31,065 for in-car cameras and $13,387.20 for body cameras, the Kustom system was the least expensive system.

“The department is comfortable with this,” Anderson said. “We need to make sure that we have reliable equipment out there to record data if and when something happens.”

The council also moved to pass a resolution to authorize the purchase of a 2021 Ford Interceptor for the police department from Signature Ford of Lansing for $32,804.

“I would like to continue to use the [same] model as a sergeant/command vehicle due to its all-wheel drive and equipment storage capability,” Grinnewald said.

DOWAGIAC — Dowagiac Union Schools may be starting the school year with distance learning, but the district is still committed... read more