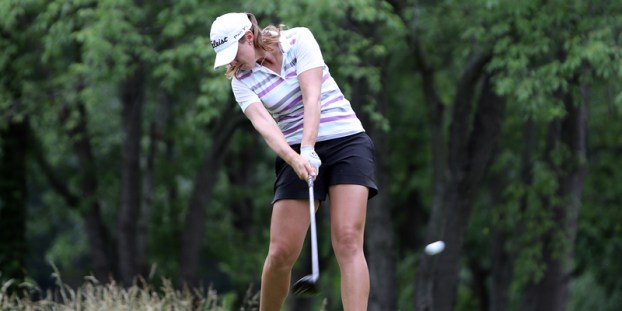 It was announced Monday that the Four Winds Invitational will be played Sept. 4 through Sept. 6 without spectators. (Leader photo/File)

Four Winds Invitational will be played without spectators

The LPGA Symetra Tour stop was originally scheduled to be played in June, but was moved to Sept. 4 through Sept. 6 due to the COVID-19 pandemic.

Alex Pano, and Pokagon citizen Paige Warren have been named as the tournament exemptions.

“2020 marks the ninth year of the Four Winds Invitational and we couldn’t be more proud of the continued success of the tournament, and all of the great support it has received over the years from sponsors, players, volunteers and the community,” said Matthew Wesaw, tribal chairman of the Pokagon Band. “Not only has it become an important opportunity for the young ladies of the Symetra Tour, but also an important fundraising platform to help our long-term partner, Beacon Health System, purchase life-saving equipment for those in need. The decision to proceed without spectators is consistent with other Symetra Tour events, and we are very appreciative of the efforts by Mike Nichols, Chief Business Officer of the Symetra Tour, and our tournament organizers to accommodate our desire to reschedule the event due to COVID-19 and to protect the players and event staff.”

Warren, 17, is a junior from Baltimore, Maryland. She attends Bryn Mawr School in Baltimore. As a freshman, she went undefeated and earned all-conference honors. As a sophomore, she won the individual Interscholastic Athletic Association of Maryland championship and led her team in victories.

She competes in the elite ranks of the Mid-Atlantic PGA.

Each summer, she travels to Dowagiac to provide service and support to the Pokagon Band and visits with her family, including former tribal chairman John Warren.

Plano, 15, from Lake Worth, Florida, has won eight world championships and 67 national/international championships. Pano, currently ranked No. 3 in the American Junior Golf Association, holds scoring records in major championships around the world.

“Both Alexa Pano and Paige Warren represent some of finest young woman golfers in the country aspiring to one day play on the LPGA Symetra Tour,” said Tim Firestone, CEO of Blackthorn Operating Group. “We are very excited to welcome both of them back to the Four Winds Invitational, as well as numerous players that have competed in the tournament in previous years. We hope the fans will follow the leaderboard and watch all the related coverage of tournament.”

Proceeds from the event benefit Beacon Health System. In its nine years, the Four Winds Invitational has donated $672,500 to Beacon Health.

Although this year’s tournament will be different, Frank Freedman, chief operating officer of Four Winds Casinos, said it was important to still have it.

“The Four Winds Invitational has become a signature summer golf event in the region,” he said. “Although we’ll miss the community interaction on the course and the additional events and festivities leading up to the tournament, we are excited that we are able to move forward with the event after it was postponed earlier this year. We look forward to another successful tournament and wish all the players the best of luck this year.”