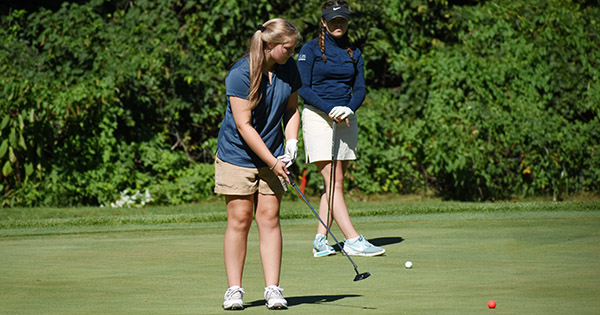 The Vikings also dropped a 7-1 decision to Gull Lake at the Portage West Invitational.

Niles and Harper Creek tied at 4-4. Winning matches for Niles were Chase Lotsbaich and Brandon Kosten in singles play.

Doubles flight winners for the Vikings were Huck Coffee and Sam Knight, as well as, Justin Russo and Ty Elms.

Against Gull Lake, Lotsbaich was the lone winner for Niles.

The Vikings were competed in the Battle Creek Lakeview Invitational on Friday.

Mattawan was the overall champion as it shot a team total of 379. St. Joseph was the runner-up with a score of 382, while Plainwell finished third with a 383.

Katie Leinwand of Portage Northern earned medalist honors with a 79.

The Vikings were led by Maddie Lister’s 116.

The Bucks finished second at the New Prairie Invitational on Saturday.