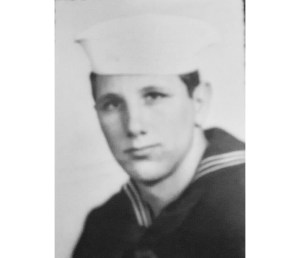 Bob graduated from Galien High School in 1948. He was an avid basketball player in high school on the junior and senior varsity basketball team along with his brother, Chester (Bud) A. Patton, Jr.

After graduation in 1948, Bob enlisted in the U.S. Navy as a seaman and proudly served his country for a term of one year plus three years in the reserves. After returning home, he worked for the Kawneer Company in Niles and was later transferred to their Franklin, Indiana, location in 1972 until he retired in 1982.

He was preceded in death by his father and mother, Chester A. (Carrie A.) Patton Sr.; his brother, Gerald Patton; his sisters, Eva (Ernest) Rauch, Lottie (Orland) Norris and Eleanora (Edward) Pastryk; and a stepdaughter, Cheryl King.

Hoven Funeral Home has been entrusted with the arrangements. Cremation will take place and a memorial service will be announced at a later date. Memorial contributions may be made to the Alzheimer’s Association at alz.org.