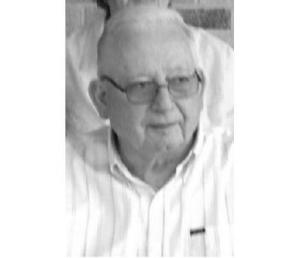 John Edward Beatty, 81, of Buchanan, went to his heavenly home on Wednesday, Aug. 19, 2020, at his home surrounded by family.

On March 4, 1961, John married Madeline Garrett, in Buchanan. John started his tool and dye apprenticeship at Clark Equipment until they closed. He retired from Raco in 2004. John was a veteran of the Army National Guard.

He is preceded in death by his parents, Earnest and Ruth; sister, Floy Yeager, Connie White; two infant brothers; and one infant sister.

Funeral service for John will be at 1 p.m. on Monday, Aug. 24, 2020, at Buchanan Church of the Nazarene, 704 W. Front St., Buchanan, MI 49107, with Pastor Brendan Shea officiating with former Pastor Leonard Bailey assisting.

Visitation will be one hour prior to the service. Burial will follow at Mission Hills Memorial Gardens, Niles. Arrangements have been entrusted to Hoven Funeral Home, Buchanan, MI. Online condolences may be made at hovenfunerals.com.