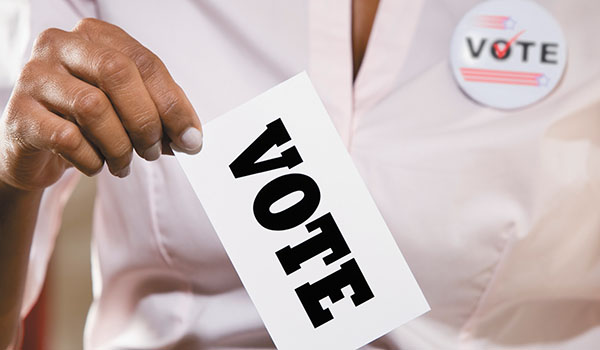 NILES — Absentee ballot voting was up in the city of Niles and in Niles Charter Township for the 2020 primary election.

Niles city Clerk Linda Casperson reported that 1,614 voters of 9,939 registered voters in the city voted in the Aug. 4 primary. Of the 1,614, 632 of them opted to vote via absentee ballot.

Both clerks are working to ensure the city and township are ready for the general election on Tuesday, Nov. 3. Both Eull and Casperson said there are multiple ways voters can be confident their absentee ballot is received and counted, if a voter does not want to cast their ballot in person on election day.

Eull said the practice of absentee voting is not new.

In 2018, Michiganders voted to change the stipulations around absentee voting. Now, voters may request an absentee ballot without providing a reason. Before 2018, this practice was largely only available to those who were over 60 years old, would be out of town on election day or were medically not able to vote in-person.

“If there was no [COVID-19] pandemic, I still think we would see an increase in absentee ballots,” Eull said. “In normal circumstances, we would see more because it is convenient. A lot of people want the peace and quiet at home. If they have a question, they can get an answer. Nobody will be waiting behind them.”

During Monday’s regular Niles Charter Township Board of Trustees meeting, the board briefly discussed the challenges around absentee voting. Supervisor Jim Stover referenced how well the postal service was able to handle the influx of mail around Christmastime.

“I think they can handle that,” Eull said of the ballots. “If someone wants to feel more confident, they can come in and drop [their absentee ballot] in the drop box [at the Niles Charter Township building], or they can bring it right into the office. We’ll take it right from their hand. We’ll ensure they’ve signed and dated it, and then they’re on their way.”

Eull said the signatures on ballots are compared to past signatures, as an added layer of security. If the signature does not match, the township staff will make an effort to get in touch with the voter to verify their identity.

Casperson said she works with the Niles Post Office on election day to ensure as many ballots intended to cast votes are counted.

“On election day, we contact each other to make sure whatever ballots they have at the post office have been delivered,” Casperson said.

Eull said the township does the same, staying in contact with the post office through the day and picking up the ballots they have received before the polls close.

The township is bringing on extra help for the general election on Tuesday, Nov. 3.

“They were bombarded,” Eull said of the township election workers, especially when it came to the absentee ballots.

Casperson is continuing to work on preparing for November’s election.

“I have already scheduled a post-election meeting with my chairpersons to go over the last election and what we can do to prepare for the presidential election,” Casperson said.