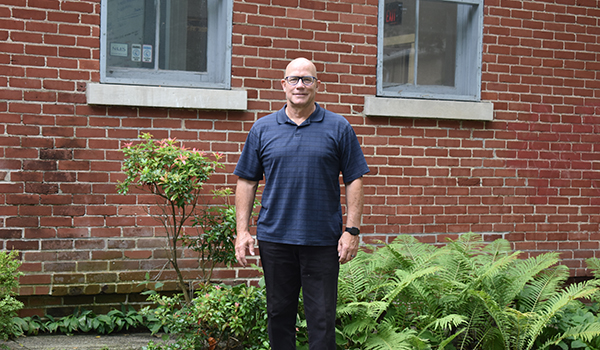 The Ferry Street Resource Center, located at 620 Ferry St., is hoping to help register a larger part of the local population for the 2020 Census. From noon to 8 p.m. on Aug. 26, 27 and 28, the center will host its event to socially distanced individuals, have them register with the census, and take a pizza with them to go.

“We did have plans where we were going to have tents with barbecue, but we can’t do all of that now,” said Ric Pawloski, executive director of the FSRC.

The original event included a DJ to play music and provide more summer foods outdoors. Instead, Pawloski has pivoted the funding to a more socially distanced event. Food is still a drawing factor. He has decided on a pizza party theme.

The FSRC has a partnership with Little Caesars, and the center intends to have pizzas on hand to give to people who fill out the 2020 Census on site. However, free pizza is not the only incentive Pawloski is providing.

“We will have some gift cards, and we are going to put gift cards on the inside of some of the pizza boxes,” he said. “When people fill out the census, they will get the opportunity to pick a pizza. There could be a $25 gift card in some of them. One [pizza box] per day will have a $100 gift card.”

His goal is to have 200 people fill out and submit their census forms for the area.

The FSRC has coordinated transportation for some of the precariously housed and homeless area residents to help make it easier for them to make it to the center.

“We are just doing everything we can to get people in,” he said.

The center will have four computer stations set up to fill out the census form, and will be limiting entry into the building. There will be volunteers on hand to assist with any questions residents filling out the forms have.

The census helps to provide data to lawmakers, business owners, educators and other institutions around the country. The data is then used to provide funding and representation to areas. Funding for hospitals, fire departments, roads, schools and other resources are impacted by the information the Census collects.

The results of the counts also help determine the number of representatives each state has in the U.S. House of Representatives, and the numbers help draw congressional and state legislative districts.

Pawloski said there will be an emphasis on social distancing outdoors for residents waiting to fill out their forms.

“The goal is to get as many people as can get counted, specifically people who might not know about the census,” he said. “The better count we get, the better representation we get at higher levels for assistance.”

He hopes to draw in residents to register from the Niles and Niles Township areas, but welcomes those from the Buchanan area as well.

CASSOPOLIS – A Niles man is going to prison after being convicted of sexually molesting a young girl over a... read more