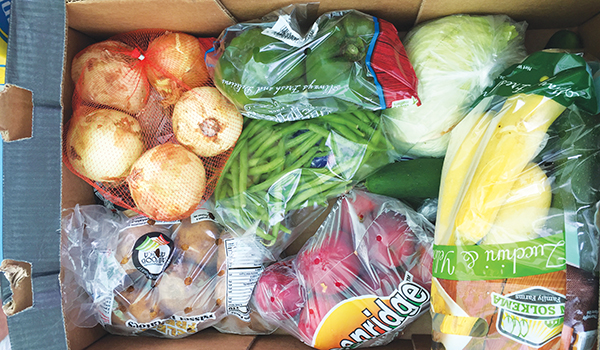 Niles volunteer works in city, county to feed those in need

BERRIEN COUNTY — When Roger Pickell, of Niles, retired from Xerox 15-years ago, he still wanted to find a way to help people. Working for Xerox, he serviced copy machines and helped troubleshoot issues for people. In retirement, he continues to do the same. However, instead of servicing copy machines, he now looks to connect community members in need to much-needed resources, like food.

Ludema said Pickell probably volunteers over 50 hours a week of his time, but Pickell disputes that, saying it is likely closer to 20 hours. Either way, the impact he makes in Niles and the greater Berrien County community is great. He initially became involved with HelpNet, a service that helps connect those inquiring at a church for assistance, and then served on the board of God’s Abundant Pantry at Andrews University. While on the board, a building was constructed on the university’s campus for food distribution. He became more involved as he was the volunteer who would drive to Benton Harbor to pick up the food to bring back from the Feeding America warehouse to the college community to distribute it.

His church, Calvary Road Community Church, which shares space with First Baptist Church at 1446 E. Main St., hosts the Feeding America truck on the fourth Monday of the month.

“We worship on Saturday, [First Baptist Church] worships on Sunday. It works out, and they help,” Pickell said. “We started this program with Feeding America where we purchase a truckload of food.”

“With the coronavirus, we have had to change the operation to where the volunteers package everything,” he said.

When the Feeding America truck arrives, the sides roll up, and there are boxes of food inside to distribute, along with baked goods from area supermarkets. People who drive up to pick up food are given a box of produce, a box of dairy products and baked goods, including desserts.

“Before COVID-19, the food insecurity rate in Berrien County was 14-percent, or one in seven people,” Kooi said. “Now, we’re projecting that 19-percent of Berrien County residents, or one in five people, will face hunger at some point this year. We don’t anticipate the heightened need to go away anytime soon.”

The branch manager in Benton Harbor with Feeding America, Richard Glista, reported an increase of food being given out to those in need in Niles.

Since January, the pounds of food that have traveled from the Feeding America food warehouse in Benton Harbor have increased by more than 10,000 pounds from 2019 to 2020.

Between Jan. 1 and Aug. 16, 2019, 70,302 pounds of food were provided to Niles community members in need by Feeding America West Michigan. This year in the same time frame, 82,565 pounds have been distributed to Niles.

For Pickell, however, it is not just about giving residents in need food. He said the volunteers try to make friends with everyone who comes by. The volunteers will take food out to local neighborhoods in need as well.

Pickell and the volunteers he works with try to see if they can help get people back on their feet. He has even coordinated with Niles High School’s auto-shop class and teacher to fix up low-cost vehicles to get people back to work.

“I feel with the coronavirus, there is a big emphasis on the needs,” Pickell said. “I think we are going to see the same people. There’s always a need to help those who are struggling.”

NILES — With a rocky start to the growing season with a frost in May, Berrien County fruit growers were... read more