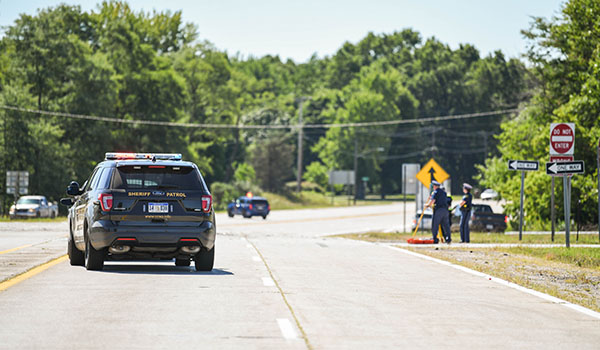 MILTON TOWNSHIP — Individuals were transported to the hospital with life-threatening injuries after a car crash Wednesday morning, according to the Cass County Sheriff’s Office.

Just after 11 a.m., a car crash was reported on U.S. 12 in Milton Township, just south of Niles city limits.

A half-hour later, the U.S. 12 overpass intersecting M-60 was still closed to through traffic, after an accident involving two vehicles. Traffic was being redirected to M-60 as the entire road was blocked off for accident investigation.

The individuals involved were transported to the hospital with life-threatening injuries. As of 11:30 a.m., police could not confirm if the accident resulted in any fatalities.

This is a developing situation. Leaderpub.com will publish details as they become available.