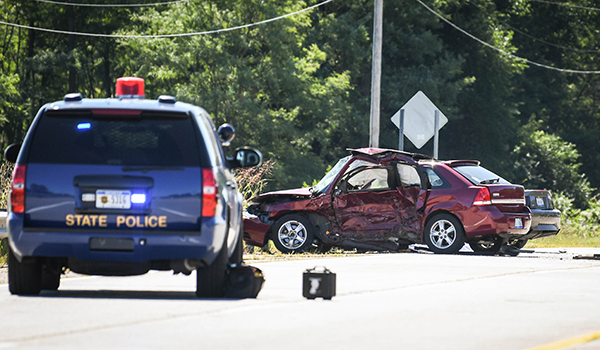 Niles woman killed in US-12 crash

MILTON TOWNSHIP — A Niles woman was killed in a crash on US-12 just outside of Niles Wednesday morning, according to the Cass County Sheriff’s Office.

Sheriff Richard Behnke reported that deputies of the Cass County Sheriff’s Office responded to a fatal traffic crash on US-12 at the M-60 interchange in Milton Township around 10:20 a.m. Wednesday.

The initial investigation of the crash showed that a vehicle driven by Patricia McIntyre, 90, of Niles, attempted to make a left turn onto US-12 and into the path of an eastbound vehicle. The second vehicle, driven by Cody Cummings, 23, of Benton Harbor, struck McIntyre’s vehicle on the driver’s side. Both vehicles were disabled.

McIntyre was pronounced dead at the scene.

Everyone involved in the crash was wearing seat belts, according to deputies.