David Ellsworth Ickes, 75, of Niles, passed away unexpectedly of natural causes at his home on Thursday, Aug. 13, 2020.

On Jan. 1, 1963, David married the love of his life, Mary Ellen Stephens, at a ceremony in Niles.

David worked as a bricklayer for more than 50 years before retiring. He truly enjoyed fishing, hunting and trapping. David never met a stranger and was known far and wide for his expertise in the outdoors and attended many wildlife conventions. However, David valued most his time spent with family.

He was preceded in death by his parents; and his siblings, Donald Ickes and Janet Porter. 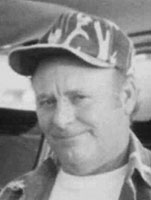 Those wishing to make a memorial contribution in David’s honor may do so to the American Cancer Society or Wounded Warriors.

Remembrances, condolences, and photos may be left for the family at BrownFuneralHomeNiles.com.