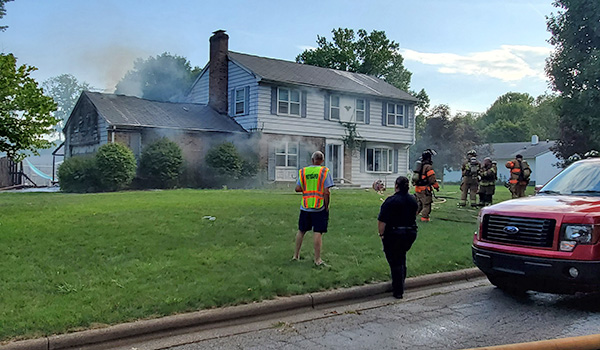 NILES — The Niles Fire Department has contained a fire at a Niles home.

Units were called to the scene on the corner of Skyline and Rolling Hills Monday evening on reports of a fully involved garage fire that had spread to the main house. As of 7 p.m., crews were still at the scene, but the fire had been contained, according to Niles Fire Chief Larry Lamb.

At this time, the cause of the fire and the extent of damage is unknown, but Lamb said he believed the fire started in the home’s garage.

While a complete search had not been completed as of 7 p.m., Lamb said reports from dispatch indicated that the home’s residents had been safely evacuated prior to his arrival on the scene.

This is a developing situation. Leaderpub.com will be updated as more information becomes available.