BUCHANAN — Patricia Robinson signed her contract with Buchanan Community Schools July 28. Officially, her first day as the school district’s superintendent was Tuesday, Aug. 1, but she hit the ground running gathering information and touching base, unofficially, on July 29.

Stepping into the position as schools around the country are navigating reopening procedures, with information changing daily due to the COVID-19 pandemic means she knew she needed to get up to speed quickly.

Under circumstances not altered by the pandemic, Robinson would have worked to transition into her superintendent position differently.

“Normally, I would have had face-to-face meetings with my staff,” she said. “I would have by now a lot of face-to-face interactions with the community. I haven’t been able to do that. My focus has been the reopening plan.” 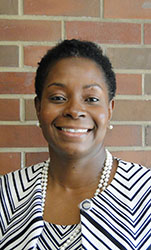 The time for introductions and easing into the role have been shortened, and Robinson said there have not been many what she calls “get-to-know-you-type meetings.”

“They have had to be meat and potato-type meetings,” she said. “Because I’ve been doing that, I feel like at this point, I’ve been here for a long time.”

Robinson has been a resident of Eau Claire for the past 11 years.

This year marks her 23rd year in education. Her journey began in Benton Harbor Area Schools as a first-grade teacher at Stump Early Childhood Center in 1997, and her last position with the school district as assistant superintendent in early 2020.

“It was a great place to get started,” Robinson said of Stump. “When I started, they had just reopened that school year, so the team was really new. We were able to develop the program and what that looked like.  At that time, it was an early learning center for kindergarten and second grade.”

The building later closed, and she went to teach kindergarten at Henry C. Morton Elementary for seven years. She began to take on increasing leadership roles within the school system.

“I led several committees as a young teacher, and after my fifth or sixth year, I was given an opportunity coach teachers,” Robinson said. “I was a Reading First Coach for one year, and I loved it.

After that, she was given an opportunity to open a preschool center in Benton Harbor.

“I was given the opportunity to run that center and open a kindergarten program center,” Robinson said. “I was very, very busy. With the preschool, you have to juggle licensing rules and regulations, work with the staff, work with families, but it was the most rewarding work that I have ever done. I went to work every day with excitement.”

After the preschool program’s building was closed due to what she calls “budget issues,” Robinson was asked to join the central administration with the Benton Harbor Area Schools in 2015. She worked as curriculum director for the school district, and served as interim superintendent three times since January 2016. Her official title when she resigned from the school district in March 2020 was assistant superintendent.

When the opportunity at Buchanan Community Schools opened up, as former superintendent Tim Donahue separated from the district in May, Robinson started her research. She was familiar with Buchanan, coming to town regularly to go to Lowery’s Meat and Grocery.

It was around that time that Dave Van Dyke had also nominated Buchanan for “Nicest Place in Michigan” in “Reader’s Digest.”

She did further research into Buchanan Community Schools, looking at the schools’ websites, reading about the building principals, finding out the goals and reading the board minutes from the meetings.

“The research drove me to find that this is the place I really want to be,” she said.

As Robinson navigates the beginning of an unprecedented year returning to school, she has a few goals that she wants to hit to make a successful first year as superintendent for the district.

First, she wants to ensure a safe reopening for the schools.

“We want to ensure we are responsive to the needs of our students,” she said.

Another goal she hopes to complete is at least 75 percent of a district strategic plan Donahue worked on. She allowed the unfinished 25 percent due to the unknowns the 2020 to 2021 school year will bring with COVID-19 being a chief concern.

Robinson also hopes to have opportunities to meet many of the district’s families.

“I think Mr. Donahue had ‘Talks with Tim.’ I want to continue doing those ‘Talks with Trish,’” she said. “I want to make connections and build relationships with our families, and be able to interact as we have a part of their child’s academic career.”

NILES — The news that most everyone has been waiting for arrived Friday afternoon when the Michigan High School Athletic... read more