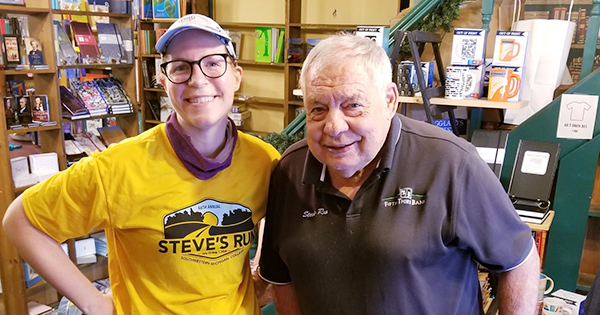 Kristin Kuter, who completed the 10K in 1:06:36 on the Steve's Run Retro Course in Dowagiac, is seen here with Ron Gunn, former Steve’s Run race director and director of the Retro run. (Submitted photo)

DOWAGIAC — The winners of the virtual Steve’s Run 10K and 5K runs were announced Monday by Southwestern Michigan College.

The race was switched to a virtual event due to the COVID-19 pandemic. Runners registered just like normal, but then submitted their times once they completed their runs.

The event started on July 25 and concluded on Aug. 1. Former Steve’s Run Race Director Ron Gunn held an in-person run on the original Road and Trail Course to complete the event on Saturday.