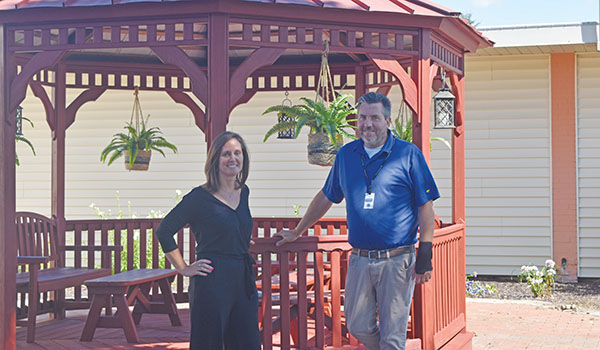 SOUTHWEST MICHIGAN — Services for southwest Michigan’s senior citizen population will be on the ballot Tuesday.

Senior centers across Berrien and Cass counties are seeking millage approvals during the Aug. 4 primary election. While the millages vary in size and purpose, they have one thing in common: those close to the senior centers say the millages are vital to providing services in their respective counties.

One of the senior centers seeking a millage renewal is the Cass County Council on Aging, which has locations in Cassopolis and Dowagiac. The COA is pursuing the renewal of a .9969 mill levy in taxable value. Starting Dec. 1, the millage would be used over four years to provide services to older Cass County citizens. According to the millage request, the funds would be directed toward improving the social, legal, health, housing, educational, emotional, nutritional, recreational or mobility status of older persons through the COA.

It is estimated that the county’s revenue as a result of the millage would be $2,323,512 in the first year if approved by voters.

According to CEO Marty Heirty, the millage accounts for 65 percent of the COA’s annual budget, supporting a significant portion of its programs, from adult daycare, to meal services, to fitness and social programming and beyond.

“It’s really crucial to all of our services,” said Kelli Casey, director of community development. “It helps supplement all of our programs, I would say.”

Both Heirty and Casey said they hoped the community would vote yes on the millage renewal Tuesday, as they believe the COA plays an important role not only in the lives of Cass County’s aging population but the community as a whole.

“For me, we are lucky as a small, rural community to have the services that we do,” Casey said. “Most people have interacted with the COA in some way, so we just hope they continue to support the COA.”

Also in Cass County, the Cass County Medical Care Facility, a government-run nursing home, is seeking a new millage to expand its services.

If approved by voters, the .5 mill would levy 50 cents of every $1,000 in state-equalized value of real and personal property in Cass County for five years, starting Dec. 1. The funds raised by the millage, estimated to total $1,165,000 in the first year, would be used to defray the costs of the facility’s operation as well as provide funds for expanding services. The millage request is the first one made by the Cass County Medical Care Facility since 1996. Administrator Christian Lutes said the facility initially looked at asking for a one-mill millage but decided on a .5 mill millage due to the outbreak of COVID-19.

Lutes said the millage would primarily be used to expand the facility’s services to include outpatient services. He said he would encourage county residents to vote yes on the millage, saying it benefits the entire county and will support the county in the future.

“Cass County has a large underserved population of folks who need and deserve more options for health care,” Lutes said. “Since we have been providing healthcare for such a long period and currently provide inpatient therapy services, we thought it was only prudent that we expand our scope of service to folks at home.”

Monroe Lemay, who is on the board of the Senior Center Support Committee, said the renewal of Berrien County’s millage is vital to the county, its seniors, and the community at large.

“I think we are serving one of the most vulnerable groups of people, and it’s extremely beneficial to our whole community to have senior centers that are providing services to help seniors be more independent,” she said. “We couldn’t do this without our community voting ‘yes.’”