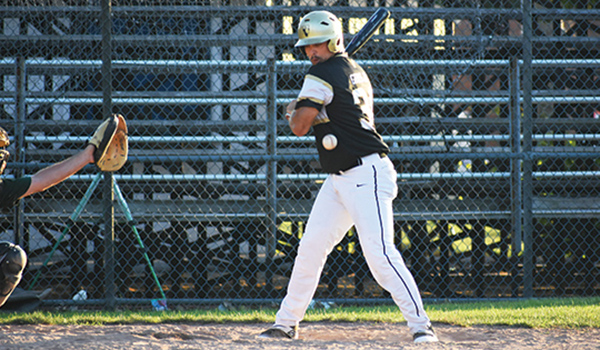 NILES — Hot and humid conditions could not keep the Thomas Stadium Adult Baseball League from opening up its 2020 season.

Game played throughout the day at Thomas Stadium, including the finale, which pitted the two finalists from last year — The Diamond Jaxx and the Niles Knights.

Adam Schult’s two-run double in the bottom of the fifth snapped a 4-4 tie and gave the Opossums lead, which they never relinquished.

Zac Gray and Schult both had two hits. Robert Jankowski picked up the victory.

Tony Iorio had two hits for the Expos. Shane Keultjes suffered the loss.

Due to time restrictions, the Mambas and the Steelheads ended in a tie.

Wyatt Thornton had a run-scoring sacrifice fly for the Mambas, while Chris Frantz, Zach Grishaber, George Pittenturf and Zack Schuman all had hits for the Mambas.

Jesten Price, Kyle Keber and Gary Sherman had hits for the Steelheads.

Hunter Wanning had a three-run home run for the Tide, who finished with 11 hits. Jordan Wanning and Damion Pompey both had multiple hits.

Justin Pullins picked up the win as he worked three innings, allowing one run and striking out six.

Alex Erwin, who took the loss, had the lone hit for the Mob.

The Cubs had six hits in their victory, including multiple hits by Edgar Galindo and Chilo Galindo. Steven Wisser tossed a two-hitter over seven innings with eight strikeouts.

Nate Kahne was 2-for-3 for the Grizzlies. He also suffered the loss as he allowed three runs on four hits.

In the final game of the night, Tyler Mojsiejenko stroked a run-scoring, walk-off single to give the win in the battle of last season’s finalists.

A five-run fifth inning by the Jaxx was led by Brant Rago, Ryne Siebenmark and Judah Zickafoose, all of whom drove in runs. Zickafoose also had a home run.

Mason Love took the mound victory for the Jaxx as he worked six innings, allowing five runs on four hits with seven strikeouts.

Anthony Keilman suffered the loss for the Knights. He allowed three runs on three hits.