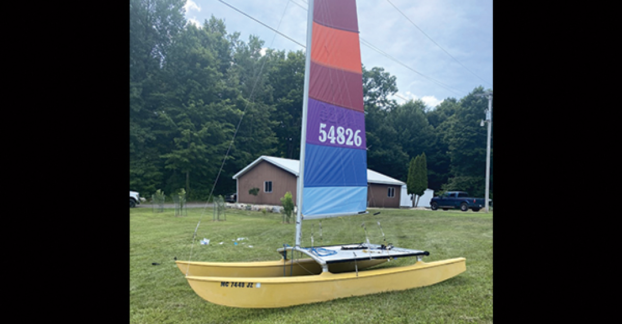 FORT WAYNE — The mother of Austin and Lane Francis, who were both injured Saturday afternoon after an accidental electrocution, says the condition of her sons continues to improve.
In a Tuesday morning Facebook post, Janet Mesko Francis updated friends and family on the status of her two sons.
“Just talked with Austin on the phone and he is doing amazingly well!” she wrote. “My baby Lane needs our prayers! He’s a little slower on the comeback, may have taken a bigger hit. He is coherent, just prefers to sleep nonstop, therefore isn’t drinking anything yet.”
The incident occurred when officers were dispatched to a home in the 61000 block of LaGrange Township at around 1:21 p.m. Saturday, after the men reportedly electrocuted themselves while moving a sailboat.
Austin, 31, of Kalamazoo and Cassopolis, known in the Cassopolis community as the Ranger soccer coach, and his brother, Lane, 19, of Cassopolis, were moving the sailboat when the mast struck a power line running into the house.
Both brothers were electrocuted and moved away from the boat by rescuers. CPR and automatic external defibrillators were administered to both brothers on the scene before they were transported by ambulance and helicopter for treatment at South Bend Memorial Hospital.
Sunday, the Cass County Sheriff’s Office reported that the men had been transported to a hospital in Fort Wayne, Indiana.
According to Francis, hearts are among the most at-risk organs when electrocuted but noted that both of their hearts are doing well.
“I have confidence in the fact that Lane’s heart is actually less damaged than Austin’s and Austin is still having an amazing recovery,” Francis wrote. “So Lane should quickly follow as soon as we can get all the toxins out. He just needs to wake up so we can get things moving. You know these boys are competitive and I told Lane on FaceTime this morning that his brother was drinking and he needed to catch up. He responded, ‘it feels good to sleep!’
“However, I need him to wake up right now, so pray for that!”
Pokagon Tribal Police, Cass Central Fire Department, Pride Care Ambulance and Med-Flight assisted deputies in this investigation. The sheriff’s department reported Sunday that both men were in stable condition.
“We just continue to praise God that we still have them both and that God did an amazing miracle at the scene and continues to do miracles,” Francis wrote. “This mama is so humbled and thankful! What an amazing God we serve!”