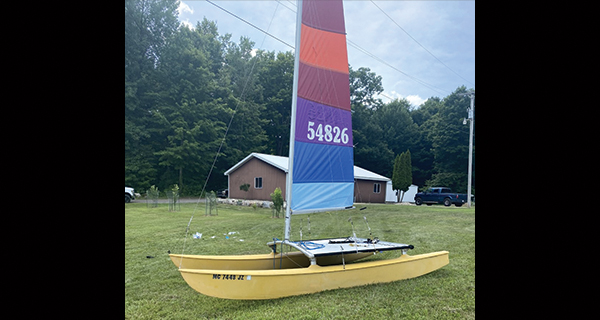 LAGRANGE TOWNSHIP — Two people were airlifted from a home in LaGrange Township Saturday afternoon after an accidental electrocution, according to the Cass County Sheriff’s Department.

Officers were dispatched to a home in the 61000 block of LaGrange Township at around 1:21 p.m. Saturday, after the men reportedly electrocuted themselves while moving a sailboat.

Austin Francis, 31, of Kalamazoo and Cassopolis, known in the Cassopolis community as the Ranger soccer coach, and his brother, Lane Francis, 19, of Cassopolis, were moving thee sailboat when the mast struck a power line running into the house.

Both brothers were electrocuted and moved away from the boat by rescuers. CPR and automatic external defibrillators were administered to both brothers on the scene before they were transported by ambulance and helicopter for treatment at South Bend Memorial Hospital.

EDWARDSBURG — An Edwardsburg Boy Scout is looking for ways to serve his community in order to achieve the highest... read more