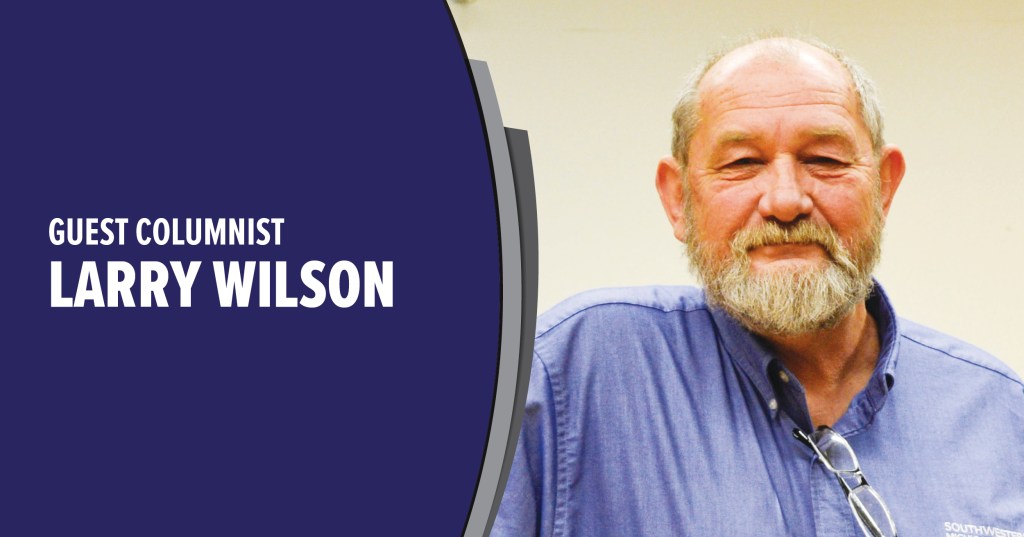 The Natchez Trace began as a migratory route, used by foraging bison as they made their way from the wetlands along the Mississippi River to distant salt licks in, what is now, middle Tennessee.
The Trace followed a dry route along a geologic ridgeline, and when early natives began to settle the land, they improved the trail to become a traversable footpath. President Thomas Jefferson wanted to connect the (then) Mississippi frontier with the rest of the settled U.S. and, soon after the Louisiana Purchase, put the military in charge of blazing a trail along the Trace. By 1809, the route had been improved from a simple footpath to a rough “thoroughfare,” navigable by wagons.
During this time, Kentucky frontiersmen, known as “Kaintucks,” floated keelboats down the Ohio River to the Mississippi River, and then on down to Natchez, Mississippi. Since these boats were little more than large rafts with no way to power them back upriver, the Kaintucks sold their cargo and the wood from their boats in Natchez, and walked the Trace back home (after losing most of their earnings in the brothels and saloons along the river landing known as Natchez Under-the-Hill).
Eventually, newer, more practical roads were built, and the Trace was abandoned and all but forgotten. However, during the Great Depression, the Civilian Conservation Corps began construction on a two-lane parkway that would follow the route of the Trace, to be managed by the National Park Service.
In the past, I have enjoyed traveling the scenic and majestic Blue Ridge Parkway and the connected Skyline Drive in the Blue Ridge Mountains. For several years, I have wanted to “travel the Trace” in expectation of finding equally scenic and majestic wonders. I don’t know if it was serendipity, or a subconscious internal navigational buoy, directing my meandering path through middle Tennessee to an intersection near Pasquo. But I do know I didn’t have to toss a coin to determine if I would jump on the Trace and follow that single roadway for the next 444 miles. With only two lanes of winding road, a strictly enforced 50-mph speed limit, and all public restrooms closed due to the Hysteria-20 virus, this was going to be some trip.
As anticipated, I stopped at majestic waterfalls, scenic vistas, and all manner of historic locations. One notable stop was at the grave of Meriwether Lewis (of Lewis and Clark fame). In 1809, Lewis was traveling the Trace on his way to Washington, D.C., and stopped for the night at an inn known as Grinder’s Stand. He ate a hearty meal, bid the innkeeper good evening, and retired for the night.
Later, several shots rang out and Lewis was found alive, but with a shot to the stomach, another shot to the head, a knife wound, and his money was missing. Unfortunately, his wounds were too severe and he succumbed before sunrise. Meriwether Lewis’ death was both ruled as suicides, and Lewis was buried just a few short yards from the still-standing inn at Grinder’s Stand.
As mentioned before, I was aware of the Natchez Trace Parkway and have periodically researched things to do, places to go, and where to lay my weary head for the night. I knew of a little place and, in spite of the short notice, called ahead in hopes of making a reservation for the evening. Lemonade out of lemons, the Pandemonium-20 virus had left them with open accommodations.
My call was to Miss Monetta’s cottages in Collinwood, Tennessee, and I reserved an immaculately quaint, three-bedroom cottage — for only $60. Yes, that is correct — it is NOT a typo — a house for only 60 bucks! The proprietors, Larry and Diane Butler, are welcoming, salt-of-the-earth folks, and when I called, Mrs. Butler inquired as to how long I would be staying. I answered that I would be there for just one night, and her reply was a forlorn, “Well, that isn’t even enough time to talk.”
Her friendly comment made me want to consider staying longer — but when I got to Collinwood, I realized “talking” was the only thing the town had to offer.
Come back and visit with me next week. I’ll tell you a little more about Miss Monetta’s Cottages, Collinwood, Tennessee, and the Natchez Trace Parkway.