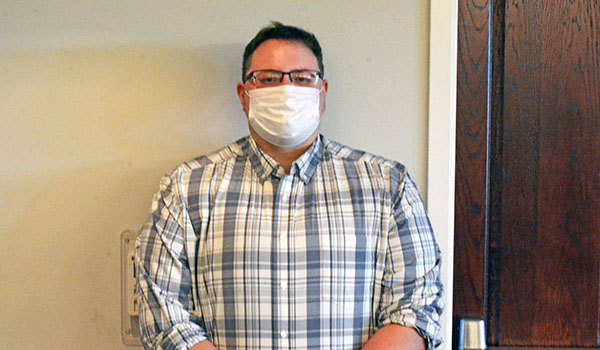 DOWAGIAC — It was a homecoming of sorts for Hunter Schuur on Monday night.

The Dowagiac native was unanimously approved to be the new choir director for Dowagiac Middle School and Dowagiac Union High School by the Board of Education during Monday’s meeting at City Hall.

“I’m just really excited,” Schuur said. “I was with this program from seventh through 12th grade, and it got me into music education. To be able to come back and get to be the person to help build the program at Dowagiac is a great honor. I know how great the staff and community are. I know that all of the students and I will be set up for success.”

A member of DUHS’s 2013 graduating class, Schuur went on to attend Central Michigan University, where he earned his degree from the school of music.

Before coming to Dowagiac, Schuur spent one year with the Clinton Central School Corporation in Michigan Town, Indiana, where he taught choir for grades six through 12.

The source of Schuur’s motivation to pursue music was Jeffrey Robinson, who retired in 2017 after 31 years of teaching choir, the last 15 of which were spent at DMS and DUHS.

“He really inspired me,” Schuur said. “I went to college thinking that I would study and get to be an inspirational teacher like Mr. Robinson was for me. But looking at it now, being able to see the students learning and growing was the biggest reason why my colleagues and I go into it. Especially with my position. I get to see them from the beginning of middle school until they graduate. It’s great to see them grow both as musicians and as people.

“That’s something that gave me the drive to finish my program.”

For Schuur, another perk of teaching in his hometown means returning to some of his favorite stomping grounds from when he was a student.

“Mr. Wahoo’s,” Schuur said. “I definitely missed Mr. Wahoo’s. I’m glad to be back so I can order a Monte Christo. It’s my favorite sandwich.”

In other business, back to school surveys were sent out to parents and staff on Tuesday afternoon. The surveys are part of an effort to help plan for the reopening of the district’s six schools for the 2020-21 school year. Gov. Gretchen Whitmer’s Executive Order 2020-142 requires school districts to adopt a COVID-19 Preparedness and Response Plan, laying out how they will protect students and educators across the various phases of the Michigan Safe Start Plan.

“We’re planning for the surveys to close on Sunday so that the data can be analyzed starting on Monday,” said Superintendent Jonathan Whan. “Our conversations with staff will continue over the next couple of weeks.”