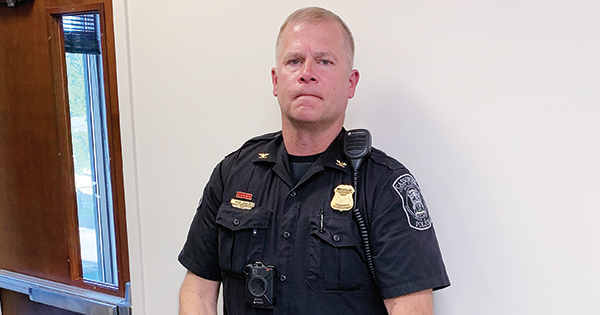 CASSOPOLIS — The Cassopolis Village Council approved several ordinances Monday that would pave the way to for the community to have not only medical marijuana businesses, but commercial businesses as well.

LaValle, who became police chief in 2016, had been on a contract, which allowed him to negotiate terms with the council. Following Monday night’s closed session and unanimous vote, LaValle is now considered a direct hire, which means he will now receive raises based on an annual review performed by Village Manager Emilie Sarratore.

“There is a lot of great movement and progress happening in the village right now,” Sarratore said. “The village council continues to work towards creating a community that is forward-thinking and prepared for future development opportunities that will continue to grow our community and increase our tax base.”

In other actions, the council amended several ordinances dealing with its marijuana laws.

It would allow the establishment of marijuana businesses within the village and provide standards and procedures for the review, issuance, renewal and revocation of village-issued permits for such businesses.

It would also allow the village to impose fees to defray and recover the cost to the village of administrative and enforcement costs associated with marijuana businesses.

The village of Cassopolis will begin accepting permit applications for marijuana businesses on Sept. 1. There are two stages to the process.

Permits must be submitted electronically at clerk@cassopolis-mi.us. The appropriate fees must be paid within five business days of receipt of the application. If no payment is received by 5 p.m. on the fifth business day, the application will be rejected.

The council also purchased four properties for $10,308.68, while it approved removing the $100 lawn cutting fees on two properties. Two more properties were taken off the tax roll as they are now village-owned.

The council heard from a group of unhappy residents who live on Lakeshore Drive in the village about how Stone Lake was treated for weeds this spring. Several people spoke out about the plan and questioned why the water in front of their property did not have weeds harvested, while other areas got more treatment.

Cassopolis Village Manager Emilie Sarratore explained how the process works and that the company contracted to do the spot treatments and weed harvesting make those decisions and not the village council or herself.

She also advised the residents that they can attend the lake board meetings, which are hosted at least twice a year. There is also an open seat on the board, which needs to be filled by a current lake property owner. Sarratore suggested they apply for the opening.

Gogel told the council that the treatment has been successful and currently is only having to do spot treatments for some invasive species, while others must be harvested with a machine.

Gogel, Grice and board member Jay Zurawski met with several of the property owners separately, while council was in the closed session to discuss the police chief’s employment status and listen to their concerns and agreed to pass them on to Progressive AE to see if they could come to a resolution.

Progressive AE is the company the village hired to treat Stone Lake.

HARTFORD – COVID-19 has exposed the toll that crisis and systemic health inequities continue to have on Hispanic and Latino... read more