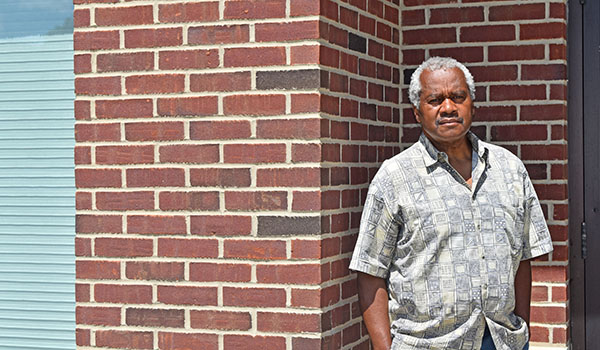 CASSOPOLIS — A new group in Cass County will begin hosting weekly meetings in the hopes of creating change through conversation.

Previously unnamed, the alliance began meeting in early June following the death of George Floyd, an African American man from Minneapolis. Floyd was killed after former police officer Derek Chauvin, a white man, held a knee to his neck for nearly eight minutes.

Now, more than a month later, those who created the alliance are ready to begin having larger discussions about race and equality in Cass County with the community at large.

According to its statement of purpose, the group plans “to elevate social justice and understanding in Cass County.”

“In the present atmosphere of racial misunderstanding and the quest for knowledge, the group was formed,” said Skip Dyes, one of the alliance’s founders and a Cass County commissioner. “I like to refer to the group as an adventure in understanding.”

In addition to its meetings, the group plans to host community discussions on the following topics:

Dyes said the group would be planning to bring in experts to discuss these topics, while also encouraging community input. He hopes to invite the schools, churches, civic groups, medical groups, law enforcement, businesses and more to discuss racial equality in Cass County.

Before those events can take place, Dyes said the group still has to lay some groundwork. The meeting this Thursday will focus on appointing officers, deciding if the group should register itself as a nonprofit and discussing how to get its social media presence up and running.

Once that groundwork is done, Dyes said he has high hopes that the Social Justice Alliance of Cass County can make a change.

“We are going forward now because we have enough information to share with the public and get people involved,” he said. “At the very least, we are going to get people to talk with each other, so we are looking forward to welcoming more people in and hearing their ideas.”

For more information about the Social Justice Alliance of Cass County, contact Skip Dyes at (269) 532-3494.

BUCHANAN — Another adult use medical marijuana retail business will be allowed in the city of Buchanan, but the decision... read more