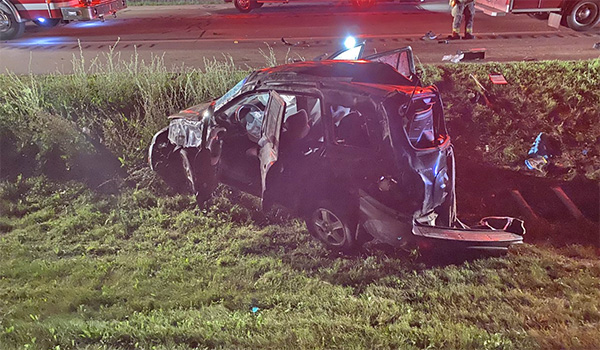 MASON TOWNSHIP — Sheriff Richard Behnke reported that at approximately 11 p.m. Sunday, his office was called to investigate a personal injury crash that occurred in the 18900 block of US 12 in Mason Township.

According to initial investigation, Dnequo Oshae Slater, of Elkhart, was driving west on US-12 when he lost control of the vehicle due to speed. Slater left the roadway and struck culvert causing the vehicle to go airborne. He suffered unknown injuries and was transported to South Bend Memorial Hospital by Edwardsburg Ambulance.

According to deputies, seatbelts were worn, and alcohol does not appear to be a factor in the crash. This case remains under investigation.

NILES—The parking lot of Brandywine Middle/High School started to fill with cars of graduating Bobcats and their families just after... read more