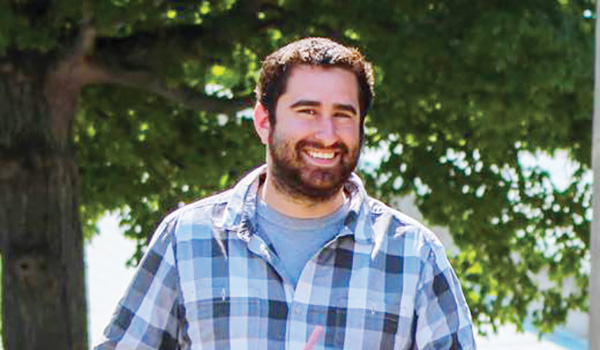 VANDALIA — Erez Brandvain has always loved gardening. So, it should come as no surprise that he has a rather large garden on Quaker Street near Vandalia.

Brandvain, who works at the Cass County Conservation District, has more vegetables and fruits than he could eat.

So, he created the Free Farm Stand. The stand, located at 16371 Quaker St., has bags of kale, lettuce, chives, green onion and basil that anyone can stop by and pick up for free. He has fresh cut flowers as well.

More vegetables and some fruits will be coming as they reach their growing season.

“It is strictly just a hobby,” Brandvain said. “Every year, I have a garden. This year I moved, so I was able to have a larger garden. I have always enjoyed it, and it has been a passion.”

When he put in this year’s garden, it began producing more than he expected.

“I have a lot,” he said. “So, I thought I either have to process it and preserve it all for myself, and then I realized it would just be easier just to put it out because I do not have a lot of extra time, and people who wanted it could come by and take it.”

The first day the stand was in operation was July 3. Brandvain said his idea proved to be a good one, as many have already come to use his stand.

Although Brandvain works with farmers regularly, his farm stand has nothing to do with that, he said.

“It is kind of my life, and it around me all the time, but this has nothing to do with my job,” he said. “This is just a fun thing that I do for myself and people around me. Since I was 16, I always had a garden and now I am 28.”

Brandvain gets asked for advice about gardening. He shares what he can.

“I am by no means an expert, but I tell them what I know,” he said.

All of the produce at the stand is organic.

CASSOPOLIS — This month, one local organization will be serving up something sweet for Cass County residents. The Cass County... read more