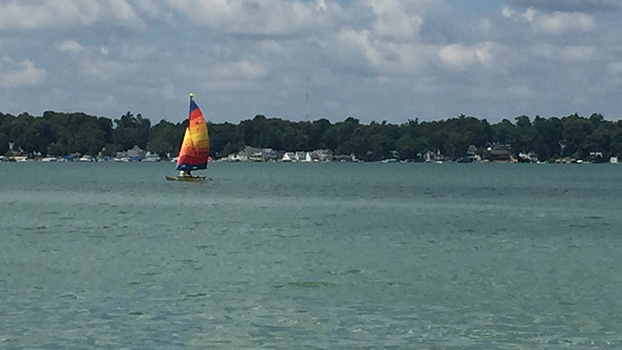 CASS COUNTY — A special prosecutor is being sought to review incidents related to parties hosted at Diamond Lake.

Tuesday afternoon, the Cass County Prosecutor’s Office announced that it had requested Michigan Department of Attorney General for the appointment of a special prosecutor to review the matter due to a standing conflict of interest. According to Assistant Prosecuting Attorney Thomas Hubbert, the Cass County prosecutor has a longstanding affiliation with one of the impacted lake associations.

The request comes after a video featuring a Fourth of July party on Diamond Lake went viral. The video appeared to show hundreds of partygoers neglecting to take COVID-19 precautions such as wearing masks and social distancing.

The Cass County Sheriff’s Office reported Monday they were forwarding all possible charges to the prosecutor’s office.

DOWAGIAC — Beckwith Park’s makeover is set to continue in the coming weeks, according to City Manager Kevin Anderson. After... read more