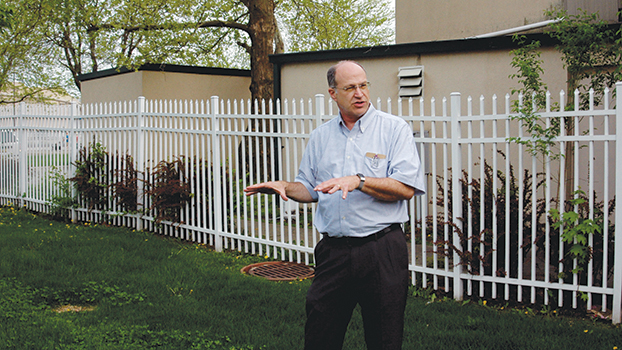 DOWAGIAC — Beckwith Park’s makeover is set to continue in the coming weeks, according to City Manager Kevin Anderson.

After purchasing the vacant building formerly home to art and retail store, Art Enuh Suit, late last year, the city is finalizing plans to demolish it and incorporate the land into the adjacent Beckwith Park.

“We’re still very early in the process,” Anderson said. “It’s been difficult to plan due to meeting restrictions. We’re hoping to have a plan finalized by the end of July and hope to get started with construction in October.”

The removal of the building is the latest portion of a long-term plan to renovate and improve the condition of Beckwith Park, which began with the removal of the longstanding gazebo in June 2018.

The park exists on the former grounds of the Beckwith Theatre, which opened in 1893 and was razed in 1966. The park is filled with trip hazards, settling ground, and safety concerns.

Anderson believes the issues stem from rubble not being properly removed when the theater was demolished.

Additional plans for renovation include new seating areas, landscaping, and a new parking lot. The city plans to re-place the engraved bricks that once sat around the old gazebo.

“The empty building has become a nuisance,” Anderson said. “Once it’s removed, we can use that land to bolster the park. We’d like to make it a safe space that the entire community can enjoy.”