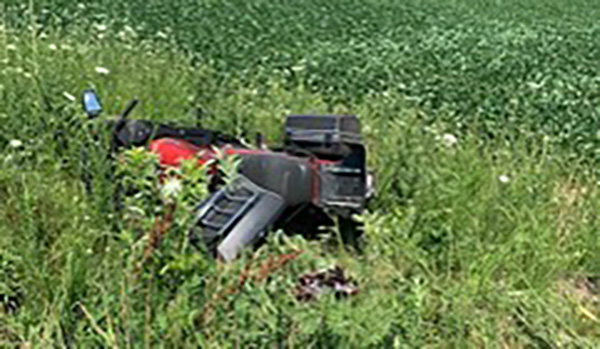 A motorcyclist was injured on Sunday when his vehicle hit gravel. He was transported to Elkhart General Hospital for treatment of his injuries. (Submitted photo)

CALVIN TOWNSHIP — A motorcyclist is reportedly injured after a single-vehicle crash on Sunday, according to Sheriff Richard Behnke of the Cass County Sheriff’s Department.

Behnke reported officers were called to a scene to investigate a motorcycle crash around 1:39 p.m. The crash occurred on Brownsville Street, east of Crooked Creek Road in Calvin Township.

According to deputies, Michael Bell, 50, of Schoolcraft, was riding his motorcycle westbound on Brownsville Street. Bell reportedly hit loose gravel, lost control of his motorcycle and crashed into a ditch.

Bell was transported to Elkhart General Hospital for his injuries.

Bell was reportedly wearing a helmet when the accident occurred.

The case remains under investigation, and it is not known if intoxicating substances were a factor in the crash.

NILES — When Umphrey’s McGee plays a show in its hometown of South Bend, the audiences usually turn out in... read more