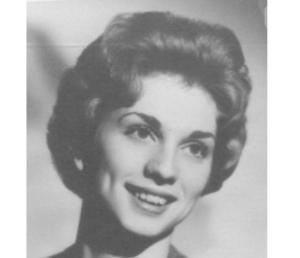 Arrangements have been entrusted to Clark Chapel & Cremation Services, Dowagiac. Private burial will take place at Chapel Hill Memorial Park in Lansing. Memorial contributions may be made to Hanson Hospice Center. Those wishing to sign Darlene’s Memory Book online may do so at clarkch.com.

She graduated from Lansing Everett High School, class of 1961 and attended Michigan State University where she met Richard Morey. They were married Sept. 24, 1966, in Lansing.

Together they raised their family in Saginaw, and Crete, Illinois. After moving to Sister Lakes, Darlene was employed for ten-plus years at Elder-Beerman/Carson’s at the Orchard’s Mall in Benton Harbor. Darlene cherished the time spent enjoying the beauty of Magician Lake and especially the time spent with her granddaughter Lillian. In her free time, Darlene enjoyed reading and crossword puzzles.

Darlene is survived by her son, Scott Morey, of Steger, Illinois; daughter, Stacy (Matt) Ebersole; and granddaughter, Lillian, all of Tacoma, Washington; her brother, Gary (Ellen) Wilson, of Hawaii; and several nieces and nephews. She was preceded in death by her husband, Richard, on Jan. 31, 2018; her parents; and two brothers, Robert and Edward “Ted” Wilson.