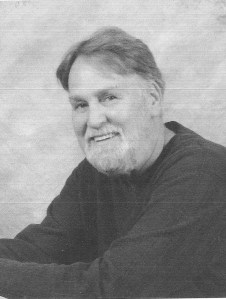 Benjamin Richardson Jr., of Niles, passed away at the Center for Hospice in South Bend on March 20. 2020.

He was born April 14, 1951 in West Helena, Arkansas to Benjamin Sr. and Opal (Southard) Richardson.

Ben grew up as a farm boy in Galien, Michigan, where he worked many summers on local farms plowing fields and baling hay. After high school, he served seven years in the military during the Vietnam War era, attaining the rank of staff sergeant. Upon returning to the area after service, he worked for 10 years at Kilder Corporation in South Bend as a machinist and then at Tyler Refrigeration in Niles for 23 years until it closed in 2009. After Tyler’s closed, Ben went back to school at Southwestern Michigan College where he received an associate’s degree at 61 years of age.

Some of Ben’s favorite things to do were tinker with an old engine of some kind out in the garage or watch cowboy westerns on TV. He was a lover of movies and popcorn and Diet Coke and eating out on Sunday afternoons.

He was a funny, happy, gentle, intelligent, genuinely good person. He was a wonderful husband, father, son, brother, uncle, friend and neighbor. He was greatly loved and will be greatly missed.

Ben was preceded in death by both his parents; and a brother, Ronald Richardson.