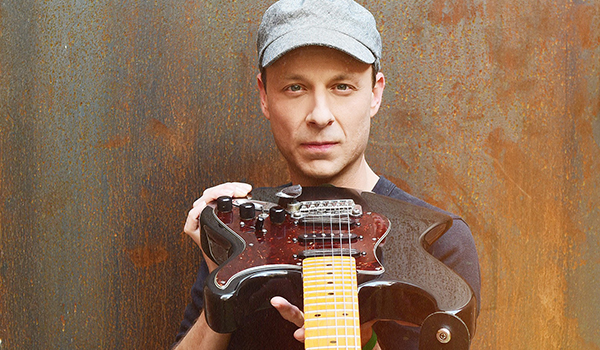 NILES — When Umphrey’s McGee plays a show in its hometown of South Bend, the audiences usually turn out in large numbers in support. Rescheduling its South Bend concert date in April to November impacted some of the members on the home front. Bigger than that, the American jam band’s west coast tour was disrupted by COVID-19 mandated shutdowns.

Umphrey’s McGee boasts 28 albums in its discography, and counting, and recently hosted a different kind of show in one of the band member’s childhood homes: Niles.

The band was founded when its members attended the University of Notre Dame in 1997. Niles musical virtuoso Jake Cinninger joined the band in 2000.

On June 10 and 11, the musician returned to his childhood home in Niles to record sessions with Umphrey’s McGee in the recording studio on his parents’ property. Lovingly dubbed “Boondock Studios,” Cinninger’s parents converted an old horse stable into a music studio for him when he was 11 years old in 1988.

Last month, he hosted the band’s six members, who currently live all over the country from Charleston, North Carolina, to Seattle, to livestream of the musical experience, titled “Live in the Boondocks,” to fans to help raise money for the Equal Justice Initiative.

Cinninger, guitarist and vocalist for the band, now lives in South Bend. He remembered when the band’s planned tours started to be affected by COVID-19 mandates and precautions in late February and March.

“We had just played Seattle and flew home for a couple of days. Then we flew out to San Diego, and that’s right when the issue of anything past 50 people was sort of becoming a problem,” Cinninger said.

The band members have been using the downtime to work on their own individual crafts and to spend time with their families, Cinninger said.

Still, the band wanted to come together as it became safe to do so to create together. Practicing remotely with one another has not been feasible, even with video technology. The small lags and the differences in internet speed mean members are not able to play in time with one another.

Instead, the band members came together in early June to begin working on their next album and to stream the show out of Boondocks Studio. The band took some time to reconnect creatively before they did so.

“We planned the particular date and did about a two-day retreat at Lake Maxinkuckee, which is in Culver, Indiana,” Cinninger said. “We had a lake cottage there for two days, had acoustic guitars, our little Bluetooth speaker and our demos, and [we] basically constructed and outlined our next record. It was a beautiful beginning of the hangout before we went into the studio to get busy.”

Without the energy and feedback from a live audience, Cinninger said the playing experience was a bit different than their usual large venues. He said that even in live performance scenarios, the band members concentrate to make sure they have their music together first.

“I think we are even more yearning to play live music together as an outfit,” he said. “When we get together, I think that same fire in the belly kind of happened and everyone gets that ‘hair raised on the arm’-situation when the magic is created between the six of us.”

With potentially limited travel continuing on the horizon, Cinninger said the band members are making plans to live stream and record out of a big warehouse outside of Chicago.

“We’ll make it a full-on lighting show with the music, and at the same time, try to track some recordings for our next record,” he said. “We’ll be utilizing this huge space for some certain sections of a song. Because of the size of the room, the sound will be gargantuan.”

It is a part of the band’s plans to creatively get as much done as possible the times they are able to meet up to practice, perform and play together. Until the next time the band can pick up its usual tour dates, they plan to keep putting out musical experiences on their website.

“We might not be able to do this for a little bit,” Cinninger said of touring and performing, due to COVID-19. “When we get together, we try to do multiple things and see where we’re at after that.”

BENTON HARBOR — It has been nearly four months since the COVID-19 pandemic has changed how Michiganders go about thier... read more