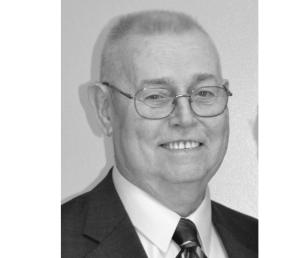 After graduating from Niles High School in 1964, he enlisted into the U.S. Army, proudly serving his county for two years, while stationed in Germany. Don retired from Simplicity Pattern as a press operator after 41 years.

For more than 20 years he has volunteered with the Niles Public Schools sporting events; serving as an umpire for baseball and softball or selling raffle tickets at the football and basketball games, he was a firm believer in doing whatever he could to support his hometown. Don cherished the time he was involved with the Babe Ruth Baseball organization, he umpired for more than 25 years, including three Babe Ruth Ohio Valley Regional’s and two Babe Ruth World Series games.

Don enjoyed spending time with his family and He loved spoiling his grandchildren. Don had a sense of humor, only he could pull off.

He was preceded in death by his father, Lewis J. Syson; and his brother, John L. Syson Sr.

Memorial contributions in his memory may be directed to The Wounded Warriors Foundation.

Funeral services will be at 11 a.m. on Friday, July 3, 2020, at Brown Funeral Home, in Niles, and will also be live streamed via Brown’s website.

Friends and family will gather for a time of visitation from 5 to 7 p.m. on Thursday. The family has requested that everyone observe the COVID-19 protocol, please wear a mask and use hand sanitizer as you enter the funeral home.