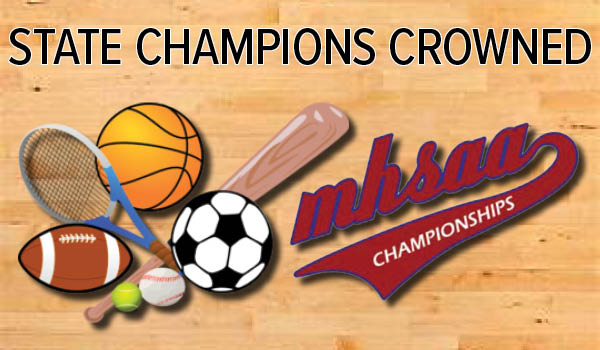 EAST LANSING — A total of 58 schools won one or more of the 69 Michigan High School Athletic Association team championships awarded during the 2019-20 school year, with two teams winning three or more titles despite the cancellation of 62 MHSAA Finals due to COVID-19.

A total of 18 teams won first MHSAA titles in their respective sports, with Essexville Garber’s win in Division 3 girls bowling being the school’s first Finals championship in any sport. A total of 23 champions were repeat winners from 2018-19 — and 11 of those won for at least the third straight season, while six extended title streaks to at least four consecutive years.

Sixteen of the MHSAA’s 28 championship tournaments are unified, involving teams from the Upper and Lower Peninsulas, while separate competition to determine titlists in both Peninsulas is conducted in remaining sports. Because of COVID-19, the entire spring season was canceled as were Finals in girls and boys basketball, ice hockey, girls gymnastics and Lower Peninsula boys swimming and diving.