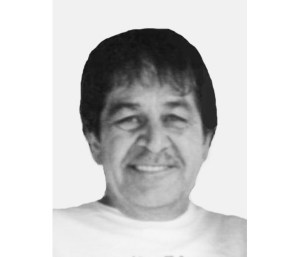 After high school, he joined the U.S. Army. He was known as a “Jack-of-all-trades” and a hard worker. Speed worked in the RV industry in Elkhart for more than 20 years, worked in maintenance for the Pokagon Tribe and was a valet for the casino. He was an avid NASCAR fan, and in his spare time, enjoyed mushroom hunting and fishing. Speed was an animal lover, especially for dogs. Most of all, he loved his family and his life partner, Christine “Tena” Hughes.

He was preceded in death by his mother, Rosemary Mangus.