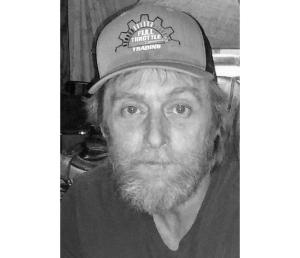 Robert John Ponder, 53, of Dowagiac, passed away on Thursday, June 18, 2020, at his home in Dowagiac. Private family service only. Memorial contributions may be made to the Ponder family. Friends wishing to leave the family a message of condolence may do so at clarkchapel.com Arrangements have been entrusted to Clark Chapel in Dowagiac.

Bob was born on Oct. 17, 1966, in Watervliet, to the late Paul Edward and Frances Darlene (McEntire) Ponder.

He was a lifetime resident of Dowagiac and a long-time employee of the Dowagiac Union Schools.

Bob loved spending time with his friends and was friends with many but there were a few who he held above all others. Bob had a love of cars and animals. The love for animals stood as a testament of his kind and loving soul. Bob had no children, but his “boys” Thunder and Lightning were by his side until the end.

Bob is survived by his sisters, Ann Elder and Jessica (Stephen) Walker, both of Seffner, Florida, and Sarah (Mathew) Rainey, of Bridgman; as well as many nephews, nieces and great nephews and great nieces. He is also preceded in death by brothers, Jess Ponder in December of 1985 and Paul Ponder Jr. in August of 1989.