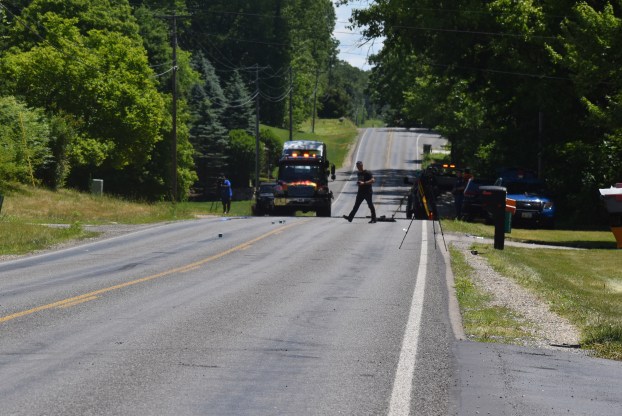 Investigators and Michigan State Police was on the scene of a fatal accident on Redfield Road near Carter Avenue. Around 10 a.m., two passenger vehicles and a motorcyclist were involved in the accident. (Leader photo/CHRISTINA CLARK)

NILES — A motorcyclist has died after a crash reportedly took place around 10 a.m. in Niles.

Investigators were still on the scene at 1 p.m. of a fatal accident between a motorcycle and two passenger vehicles on Redfield Road near Carter Avenue.

At the time of the accident, the motorcycle was westbound on Redfield Road, near Carter Avenue.

The motorcyclist has been identified, but their name is being withheld until family notifications are made.

The drivers of the two passenger vehicles involved with the crash appeared to be uninjured at this time, according Michigan State Police Lieutenant Jeremy Carlisle.

The motorcyclist was pronounced deceased at the hospital.